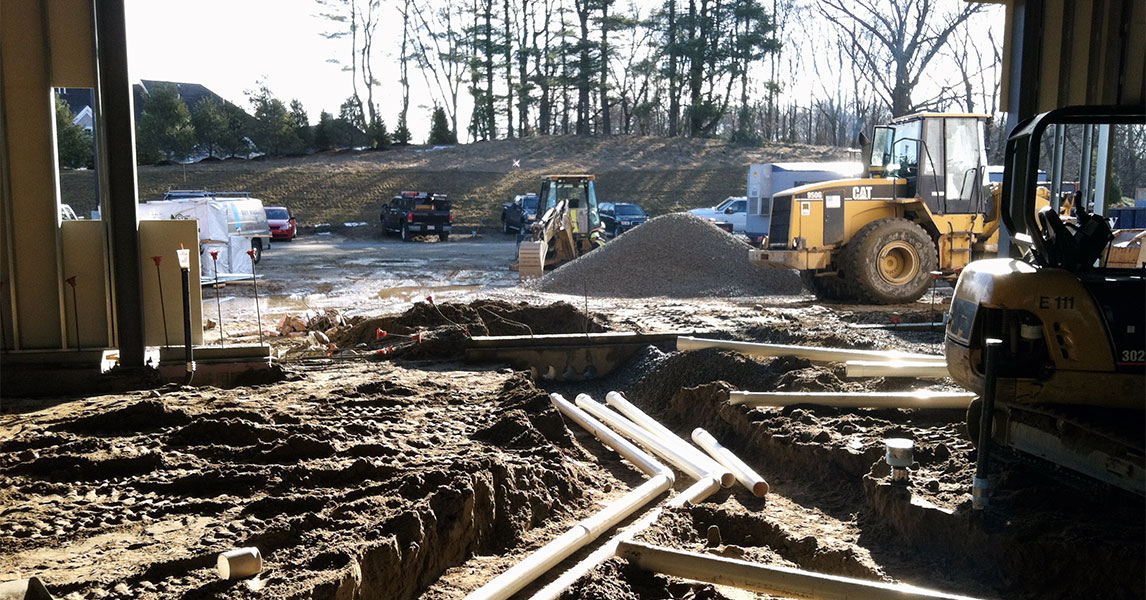 In support of the redevelopment of a former defense contractor property, VERTEX provided environmental consulting during the construction of the mixed residential and commercial town center project. The development includes multiple buildings ranging in size from a few thousand square feet to a 45,000 square foot grocery store, associated infrastructure including town water and sewer improvement, a town green (open space), roads, and sidewalks. VERTEX was contracted to represent the developer to interpret and implement the requirements set forth by the former industrial owner. VERTEX provided cost-effective solutions that were commensurate with the overall risk of the redevelopment of the site. Once negotiations were complete, VERTEX was contracted to oversee the management of site soil during construction, the removal of several underground storage tanks (USTs), and the design and inspection of a sub-slab depressurization system (SSDS) and vapor barrier (VB).

As part of the redevelopment project, multiple USTs associated with the former site building were identified and subsequently removed. Because of their location at the property, they had been historically abandoned in place. At the request of the developer, following demolition of the site building, the USTs and impacted soil associated with the USTs were removed and properly disposed of off-site. In addition, VERTEX coordinated the management of localized impacts observed in soil at the site associated with the historical activities, hydraulic equipment, and process equipment.

Because VOCs were identified in groundwater at the site, the former owner required the installation of a vapor mitigation system. VERTEX designed and oversaw the installation of a Cetco Liquid Boot vapor barrier to mitigate vapors entering the building, supported by an SSDS system that was installed for future use (if needed). The SSDS designed by VERTEX included the installation of a 4-inch diameter screen below the footprint of the buildings. To minimize the piping layout, the SSDS was installed as horizontal lines of perforated pipe extending laterally from solid pipes running through a central trench. This system allowed the contractors to install the lines with minimal excavation and provided a centralized point for the SSDS system to terminate. In addition, the SSDS system was able to be installed concurrently with the building utilities to further reduce overall installation time and cost. 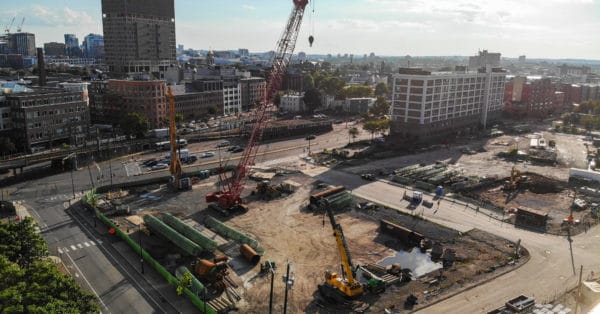