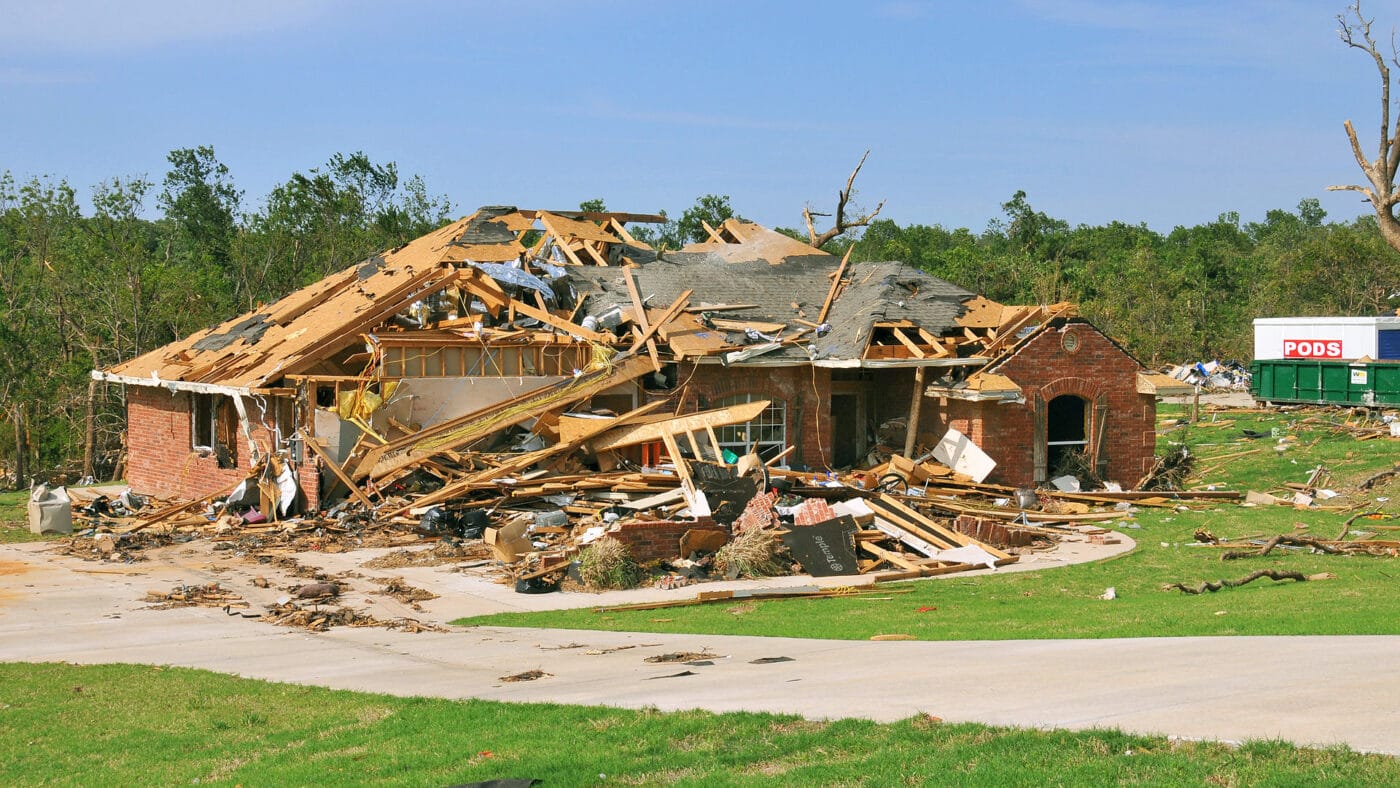 Can you repair a building to its pre-damaged condition or are there required code upgrades?

Often insurance adjusters and their consults have difficulty in separating repair scopes (and their associated costs) that are required to return a damaged building to its pre-damage condition versus the repairs that are required for a code upgrade(s) associated with these same repairs. In this blog, I will unpack these often-confusing requirements into one of only three main categories of selection when it comes to repairing to pre-damage condition versus code upgrades. Figure 1 (below) provides a flow chart to quickly identify the general approach to repairs for certain jurisdictions, certain types of structures, and a specific extent of repairs.

Model building codes have historically focused on new construction. When rehabilitating (i.e. an alteration, addition, repair, or relocation) an existing building, the requirement of code upgrades was often times left to the consultants and/or the authority having jurisdiction (AHJ) to consider. In 1998 the state of New Jersey published one of the first well known building codes that focused on the rehabilitation of an existing building. Subsequent rehabilitation (rehab) codes included:

The goal of these rehab codes was the ability to reuse (not waste) the existing components that were functioning as intended. As stated in the 2018 IEBC “It is founded on broad-based principles intended to encourage the use and reuse of existing buildings while requiring reasonable upgrades and improvements.” It is reasonable to understand that if new construction requires 2×8 rafters for a certain span and a roof has performed as intended for the past 47 years with 2×6 rafters at that same span, I would not expect there to be a code upgrade requirement that would require the replacement of the entire roof framing due to three of these 2×6 rafters being damaged by a fallen tree.

The confusion of the code requirements for repairs to existing structures often originates in selecting the governing code. Often building consultants are aware of a jurisdiction’s adopted codes for new construction. However, the code requirements are more complicated due to the fact that repairs to existing structures have been addressed in more than one of the codes concurrently adopted by a given jurisdiction as follows:

I have had a personal experience of asking a building official which of their three adopted codes governs the repairs to an existing residential structure. I was told that I could pick from any of them.

Residential One- and Two-Family Dwellings

Most states/jurisdictions have adopted the International Residential Code (IRC) as the standard for repairs to damaged components of existing one- and two-family dwellings. With regard to these repairs, the 2018 IRC states the following:

This is the same basic text that has remained in the IRC since the first IRC in 2000. There is also an appendix J in the IRC for existing structures that is not mandatory unless specifically referenced by the AHJ. This appendix (if referenced) permits repairs to predamage conditions for certain types of repairs.

Exceptions to the IRC

NJ – New Jersey does not adopt the IRC. NJ has adopted the 2018 IBC. However, the IBC code amendments reference the New Jersey Rehabilitation Subcode (“NJ Rehab Code”) for additions, alterations, and repairs too existing structures.

VT – Vermont does not adopt the IRC. The 2015 Vermont Fire & Building Safety Code references chapter 4 (only) of the 2015 IEBC

WI – Wisconsin has adopted the 2015 IEBC and the 2015 IBC. For new one- and two-family dwellings, WI adopts the Uniform Dwelling Code (UDC). The UDC specifically does not recognize repairs (SPS 320.05(3)). Therefore, the IEBC would be used for repairs to both commercial and residential structures.

Most states/jurisdictions have adopted the IEBC as the standard for repairs to damaged components of existing commercial buildings. With regard to repairs, the major determination in the IEBC for repair scope is if the damaged components meet the definition of “Substantial Structural Damage”. For damage components that do not meet this definition, repairs are permitted to restore the building to predamage conditions without requiring code upgrades. An exception to this is that the detailing of the repair (i.e. the connections), are required to meet current code. As an example, even if the 2×6 rafter (previously mentioned) can be replaced with a 2×6 and not upgraded to a 2×8, the detailing will require adding a hurricane clip and a collar tie if none existed prior to the damage.

A significant change to the 2015 IBC was the removal off chapter 34 and a reference instead to the 2015 IEBC. This eliminated the slight nuance various between chapter 34 of the IBC and the IEBC and eliminated the consultant’s discernment of which code to select for repairs. For the jurisdictions adopting the 2015 IBC, selecting the correct commercial code for repairs is now a little easier, but as you can see in Figure 1, there is still no “one size fits all” for this process and several exceptions remain.

Exceptions to the IEBC

HI, IN, KY, OH, and OR – These states have not adopted the IEBC but have adopted versions of the IBC that include a chapter 34 that is very similar to the IEBC requirements.

NJ – New Jersey has not adopted the IEBC. NJ has adopted the 2018 IBC. However, the IBC code amendments reference the New Jersey Rehabilitation Subcode (“NJ Rehab Code”) for additions, alterations, and repairs too existing structures.

RI – Rhode Island has not adopted the IEBC. For commercial buildings, the RISBC-1 Rhode Island Building Code has adopted the 2015 IBC. Chapter 34 of the RI edition of the IBC addresses existing buildings. Rhode Island also permits the use of the RISRC-1 State Rehabilitation Building and Fire Code for Existing Structures that became effective May 1, 2002. Either of these codes is acceptable for repairs to damaged components of an existing commercial building.

VT – Vermont has not adopted the IEBC in its’ entirety for commercial buildings. However, the 2015 Vermont Fire & Building Safety Code references chapter 4 (only) of the 2015 IEBC.

To learn more about VERTEX’s Forensic Engineering and Construction Consulting services or to speak with an Expert, call 888.298.5162 or submit an inquiry. 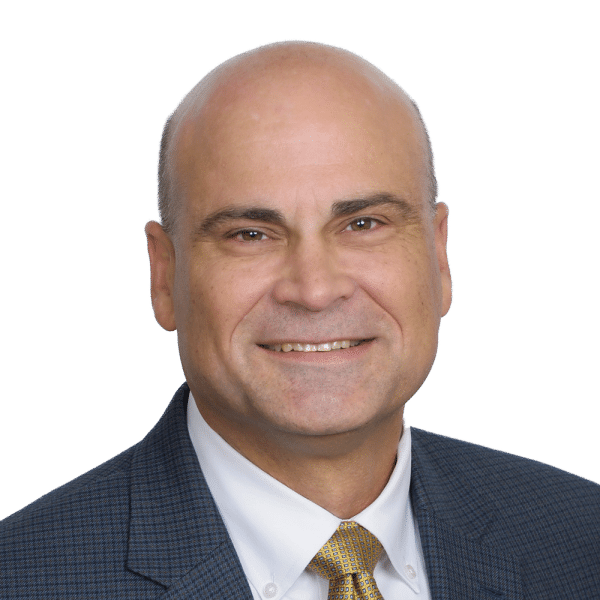 William Dery is a Senior Vice President and Chief Technical Engineer at VERTEX. He has over 30 years of experience in structural engineering design and forensic investigations. Forensic investigations have been associated with residential and commercial building structures.