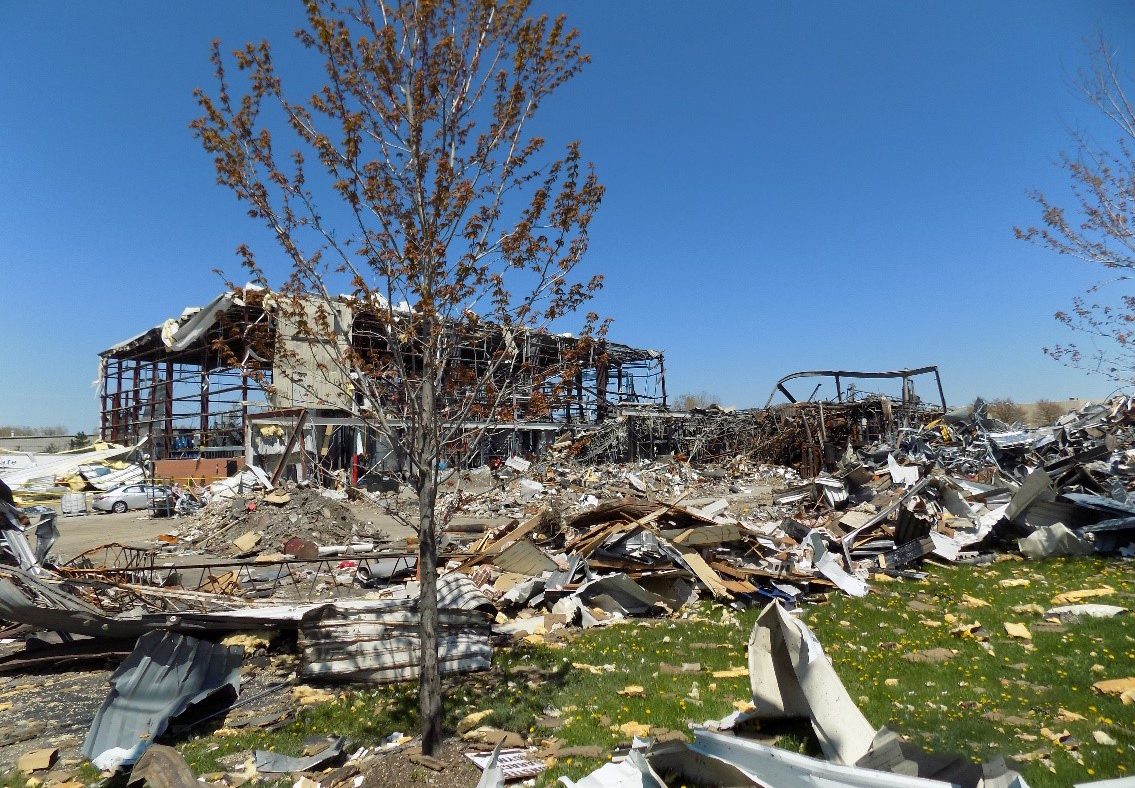 VERTEX’s forensic engineering department investigates a variety of different building conditions. VERTEX often assesses the extent of related damages from an explosion and/or vibratory event. The majority of our forensic assignments are limited to a single building at a time, but depending on the type of incident, an explosive and/or vibratory event could require the investigation of multiple buildings within a vicinity. Whereas some weather or natural incidents like earthquakes or tornadoes are usually concentrated to specific regions of the country, explosion and vibration incidents can occur virtually anywhere.

A blast or explosion can be simply defined as a spontaneous reaction that generates significant heat and/or outward pressure. The effect of a blast can be dependent on the location of the source, generally referred to as a charge. Most engineering analyses will equate the charge power of a blast as an equivalent amount of TNT, no matter whether it was caused by chemicals, bombs, weaponry, etc. An explosion creates a blast wave that emanates outward from the source in all directions (similar to a sound wave). This blast wave can be refracted (or deflected) off the ground and other buildings or obstacles. The blast wave gradually decreases in strength as it is deflected/reflected and as the wave travels further away in distance from the source. As a result of the blast waves’ travel, blast loads can result in both positive and negative pressures on a building as the blast waves encroach and then pass over and around the structure. In addition, the outward pressure of a blast wave can throw objects and debris as projectiles, which can dent or puncture nearby buildings and walls (see Photo 1). 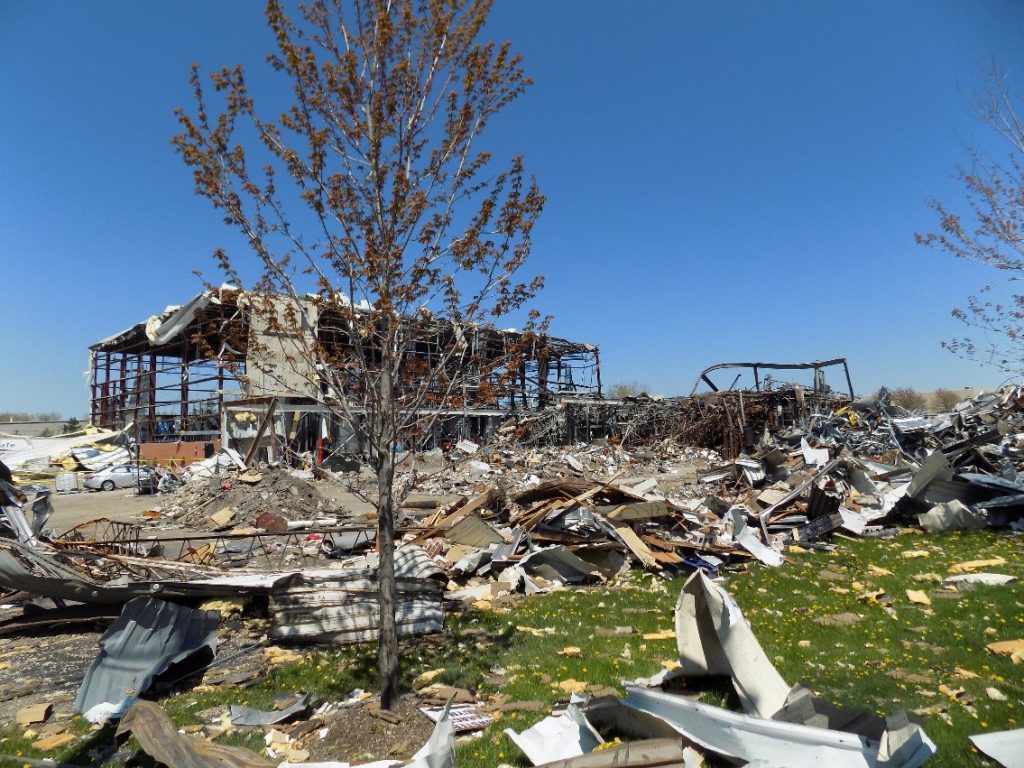 Photo 1: View of the debris field and remaining structure at an accidental explosion site

An explosive incident typically can be the result of an unplanned, sudden emergency; for example, an accident at a chemical plant. These types of accidents can result in catastrophic damage to the building at the source of the explosion, as well as damaging multiple buildings that are within proximity to the blast. However, blasting can also be a planned, regular occurrence when used for demolition purposes at sites like quarries or military testing ranges. Generally, these planned types of explosions are regulated and controlled to mitigate damages to neighboring structures. These controlled sites utilize methods to mitigate blast waves and also monitor the vibrations generated as a result of the blasting activity.

Vibration can be simply defined as the repetitive movement of an object over a very short amount of time. Vibrations can result from explosive events and sudden, unplanned natural events such as earthquakes. However, vibrations can also result from manmade activities such as nearby construction activity or the operation of machinery. Similar to blast waves, the effect of vibrations decreases as the forces/waves move further away from the source. Vibrations can also occur by accident in isolated situations; for example, if the cadence of pedestrians walking on a bridge matches the natural frequency of the bridge’s building materials. Frequency can be simply described as the rhythm of movement. If the frequency of vibration matches a material’s natural frequency, the material will freely vibrate, which could result in temporary movement or permanent damage.

Effects of Blasts, Explosions and Vibrations

Materials respond differently to blast forces and vibrations depending on their mass/density and stiffness. Openings in walls such as windows and doors can be blown inward or pulled outward depending on the blast waves’ path. Brittle materials, such as plaster, glass, and drywall, can move and crack more easily under blast or vibration loads versus more dense and stiff materials, such as wood, concrete, and masonry (see Photo 2). Therefore, a material’s exposure to blast or vibration loads could be as minor as temporary movement or as major as permanent deformation and/or damage. 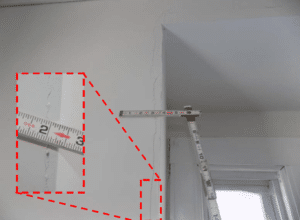 Photo 2: View of jagged cracks in plaster at a house near a roadway construction site

In the case of roadway construction and urban projects, some contractors proactively contract consultants to conduct vibration monitoring during construction operations. Vibration monitoring can be used to mitigate any potentially damaging activities – if an established vibration criterion is exceeded, construction activity is halted as soon as possible. This monitoring is usually conducted in tandem with a pre-construction photo or video survey of nearby buildings, in order to track newly developed cracks versus pre-existing conditions. The intent of these surveys and monitoring is to provide more detailed sources of information in the event that a neighbor makes a complaint related to the site vibrations. VERTEX is often not contacted until after suspected damages are discovered and possibly even after construction activity has ceased. Therefore, when available, we will review this monitoring and survey information to verify our own site observations and analysis in order to theorize the response of building materials to the described activities.

Often, contractors do not utilize pre-construction surveys or active vibration monitoring while construction work is in progress. In this case, VERTEX uses our research of the subject site operations in combination with published industry criteria in order to calculate a suspected source’s amount of generated vibration. Vibration is generally measured in Peak Particle Velocity (PPV), which is a unit of measurement of distance/time. Published industry studies have established basic PPV values for certain types of construction equipment at an example distance of 25-feet from the source. Using analysis calculations, we are able to convert these industry accepted PPV values into equivalent values based on the type of equipment used at a subject site and its approximate distance away from a subject property. By comparing these equivalent values with industry accepted thresholds for damages, we can theorize whether it was plausible or not for a suspected construction activity to have generated sufficient amounts of vibrations to produce the reported damages. We use these calculations in combination with our visual observations and other research to determine whether reported damages were attributable to the described construction activities.