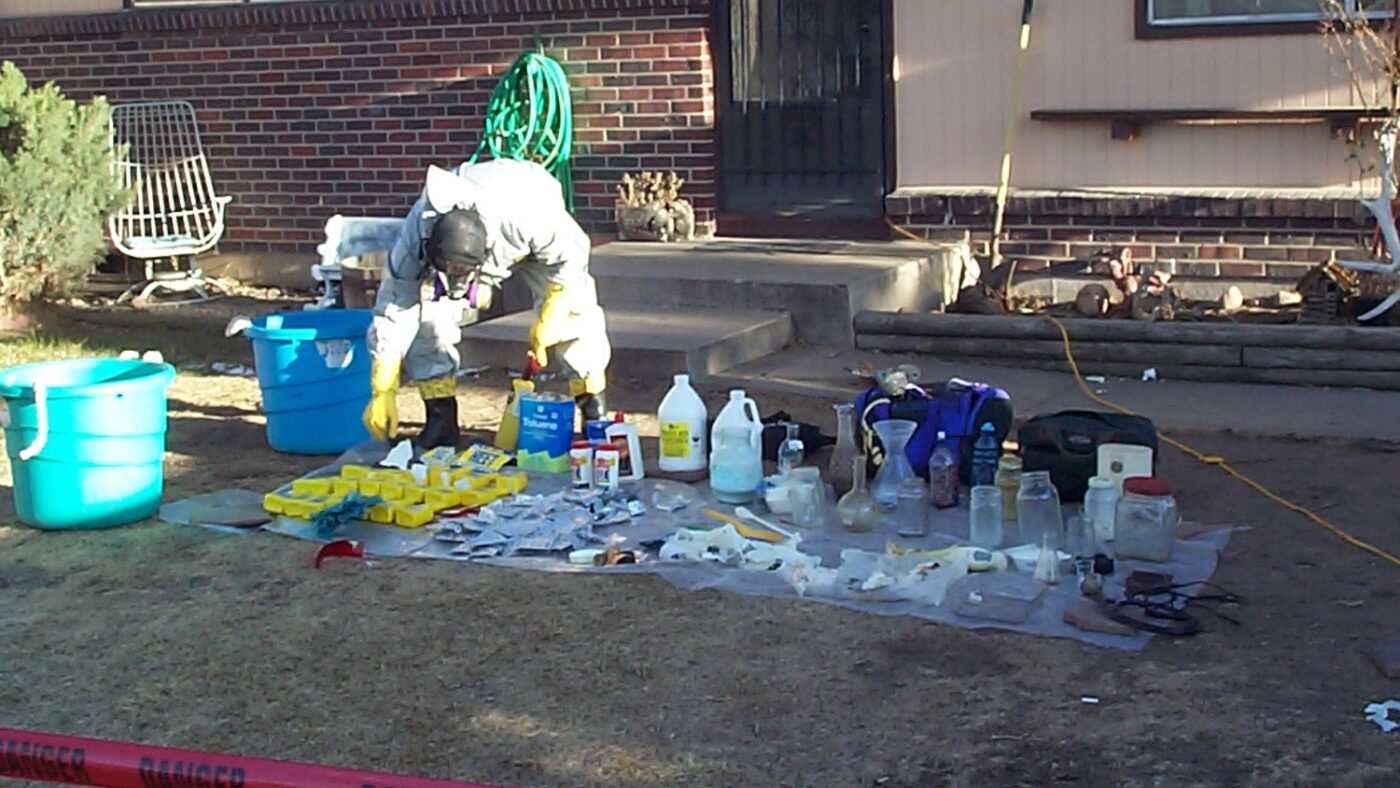 Methamphetamine-Affected Properties – What Real Estate Owners and Developers Should Know

What is Methamphetamine (Meth)?

Methamphetamine use is not a recent phenomenon. Although the precise inception of methamphetamine is somewhat contested, it is widely known that methamphetamine became wildly popular during the second world war as it was used by militaries around the world. In fact, some attribute the success of the Nazi “Blitzkrieg” across Europe during WWII to the widespread use of methamphetamine amongst the infantry and tank divisions. Known as “tank chocolate”, the methamphetamine tablets provided soldiers with increased energy, alertness, and feelings of confidence and strength, with a decrease in tiredness, fatigue, and appetite. It didn’t take long to realize that like most things in life, there are tradeoffs and that methamphetamine wasn’t all it was cracked up to be. Devastating health effects began to rear their ugly heads and all forms of amphetamines became classified as Schedule II substances by the Controlled Substances Act of 1970. Unfortunately, individuals have been continuously trying to chase that high by using and producing meth ever since it became an illegal substance.

What is so bad about meth?

In today’s world, methamphetamine is known by many “street names”, including meth, glass, crystal, crank, chalk, and ice to name a few. Whether meth is smoked, snorted, ingested, or injected, there can be severe and daunting irreversible side effects up to and including death for those that are using or producing meth. As the United States government made it increasingly more difficult to purchase the necessary ingredients to manufacture meth, innovative meth “cooks” continued to find more elaborate ways to produce their desired product. Many of the processes by which methamphetamine is produced utilize harsh corrosives like hydrochloric acid, sulfuric acid, or Drano®, and can generate deadly toxic gases such as phosphine gas and flammable solvent vapors. It has been estimated that for every one pound of methamphetamine produced, there are five to six pounds of toxic waste created and typically dumped in public places and sewer systems.

If the toxicological hazards weren’t bad enough, clandestine drug manufacturing sites are known to be riddled with other physical hazards such as electrical hazards from shoddy rewiring, sharps from broken glass or used syringes, booby traps to deter law enforcement or rival gangs, weapons, and even dangerous animals.

Furthermore, according to the Substance Abuse and Mental Health Services Administration, “Up to 60 percent of what a person injects, snorts, or smokes is not meth: Meth is full of impurities, such as lead acetate or mercury, which can lead to heavy metal poisoning. Meth is ‘cut’ with other substances to maximize profits.” [1] Increasingly and much to the dismay of law enforcement and public health agencies around the world, some of the more common substances meth is being “cut” with are opioids including fentanyl and heroin.

What does this mean for real estate owners, developers, or landlords?

Not surprisingly, once an illegal laboratory is discovered by law enforcement or a property is deemed to be “meth affected”, the perpetrators are usually long gone or incarcerated, leaving the expensive cleanup bill in the hands of the property owner/developer/landlord, etc. This can be tens of thousands of dollars depending on the scope of cleanup and if other hazards such as asbestos or lead-based paint exist on the materials that must be removed as part of decontamination. A lawsuit can certainly be brought upon the offenders through a lengthy and often expensive court process. Even a win for the plaintiff doesn’t guarantee that the property owner gets compensated for their loss. Additionally, the subject property might be placed on a “meth-affected” property list and subject to real estate disclosure laws depending on the State or jurisdiction that a property is located in. Some states do not have regulations or database lists pertaining to meth-affected properties. For this reason, potential buyers may choose to have a property tested for methamphetamine contamination prior to purchase. This can serve as an assurance to the potential buyer that their property is not contaminated with meth residue and can be used to negotiate the asking/purchase price. On the flip side, if a pre-purchase meth screening indicates meth contamination at a property, the potential buyer simply walks away leaving the seller in a predicament with regards to a meth-contaminated property and potential real estate disclosure issues.

What to do if you suspect a property you own or manage was used for methamphetamine use, production, or storage

If a property owner finds themselves in the unfortunate situation of owning a suspect meth-affected property, industrial hygienists can be retained to conduct a sampling assessment to determine if a property is contaminated.  VERTEX Industrial Hygiene and Building Sciences (IHBS) staff are well versed on the proper steps to advise a property Owner on efficient and successful remediation strategies in accordance with  applicable regulations and best practices. VERTEX’s IHBS staff has the knowledge and experience to perform a wide array of testing and consulting services, including connecting property Owners with reputable contractors for remediation activities.

Are there any tell-tale signs a property is meth-affected?

No. There are some good indications of meth production, but more often than not, if a property is contaminated from use alone there can be little or no obvious signs of contamination.

Do all States have regulations pertaining to meth-affected properties?

No. Nor is there any federal regulation regarding meth-affected properties. For the states that do have regulations and requirements, there can be a vast difference between each state’s regulations with regards to testing and cleanup/clearance standards. Some states require that certified professionals use approved cleaners and techniques for the removal of methamphetamine and the property must ultimately meet some clearance standard as demonstrated through testing. Due to the potential hazards associated with meth-affected properties, VERTEX recommends at a minimum, utilizing OSHA trained workers with experience and knowledge in clandestine lab cleanups.

I’ve heard that meth smells like cat urine, is this true?

There are many ways to produce meth and all of them will have various byproducts and off-gasses. Phosphine gas can have a garlic or fish-like odor. Illicit labs are usually found in squalor-like conditions meaning that anything from rotting garbage to body fluids or deceased animals may be present and contribute to the overall aroma.

If someone uses meth one time, will it cause contamination requiring cleanup?

In short, yes. Depending upon the purity and route of administration (smoking vs. injection), using meth just one time can leave behind enough residue to require cleanup depending on your local governing body’s regulations and cleanup standards.

To learn more about VERTEX’s Industrial Hygiene & Building Sciences services or to speak with an Environmental Expert, call 888.298.5162 or submit an inquiry. 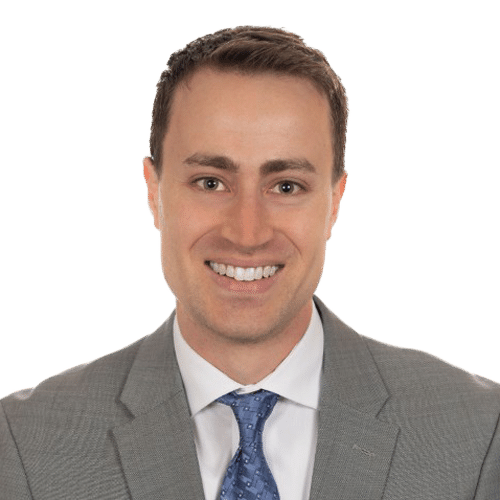 Alexander Johnsen has over seven years of experience working on various construction and environmental remediation projects at residential, commercial, municipal, and government sites.