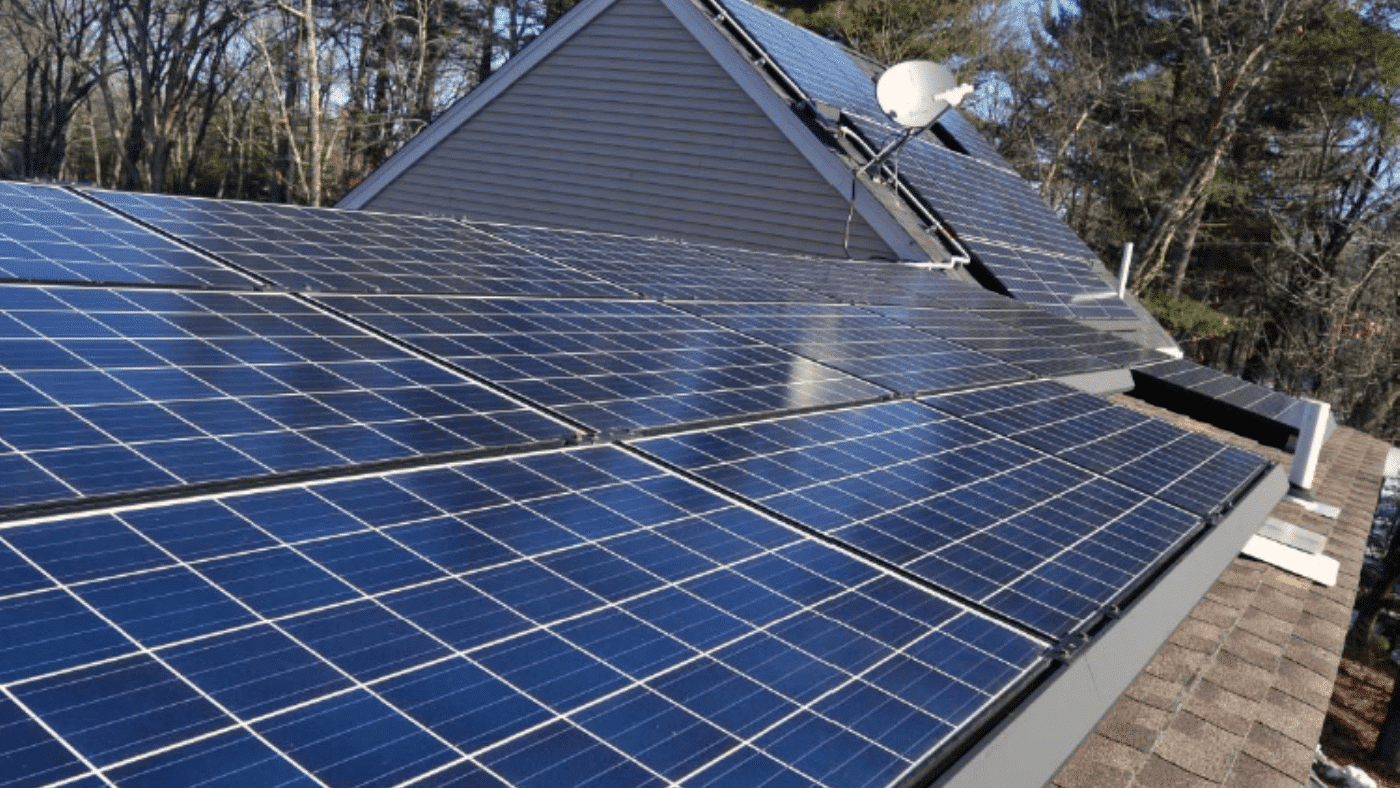 With the recent exponential growth in renewable energy technologies and installations, VERTEX has seen a steady increase in consultation for roof-mounted photovoltaic (PV) panels on both residential and commercial projects. Our consultation has ranged from questions related to the acquisition of a property, investigation of damage to a building, or providing structural design services for a PV system installation.

In some cases, there is a design engineer involved but in many cases, there is not. Frequently, the owner, contractor, or developer does not fully understand the code requirements to ensure the existing structural framing is not compromised by the PV panel installation. Depending on the jurisdiction and current code edition adopted, there may not be specific structural code requirements currently listed. Even when a design professional or diligent contractor is involved, there may be confusion about who is responsible for which part of the structural design. In addition, there may be missing steps in coordination or documentation due to the fast-paced nature of solar development projects.

Thus, there currently exists a gap between the rate of installation of PV panels which is outpacing code adoptions, and the understanding of the structural requirements by the parties involved. In our experience, this creates opportunities for claims related to design errors, construction defects, contractor liability, or property damage that owners, insurance carriers, attorneys, contractors, and designers have to navigate.

This blog will aim to answer several questions related to evaluating solar panel damage and liability claims such as whether the code has information on solar panel loading and requirements (spoiler alert – yes!) and when and where a design professional is recommended for solar panel installation projects (hint – always!). The first part of this blog will aim to outline the relevant structural building code requirements, and the second part will provide some examples to illustrate common structural issues that have been encountered.

The majority of US states currently adopt the International Building Code (IBC) and International Residential Code (IRC) with local amendments. Current adopted versions vary by state but range from the 2003 to 2018 editions with most states adopting the 2012 or 2015 versions. Both the 2015 and 2018 editions of the IBC and IRC have specific sections dedicated to the design and construction of roofs with PV panels. For example, the 2015 IRC states the following in chapters 3 and 9:

“R907.2 Wind Resistance.  Rooftop-mounted photovoltaic panel or modules systems shall be installed to resist the component and cladding loads specified in Table R401.2(2).”

In addition to language similar to the IRC above, the 2015 IBC goes further by stipulating the following:

“1603.1.8.1 Photovoltaic panel systems. The dead load of rooftop-mounted photovoltaic system, including rack support systems, shall be indicated on the construction documents.”

“16.12.5.2…Where applicable, snow drift loads created by photovoltaic panels or modules shall be included.”

Therefore, both the IRC and IBC state that the loads imposed by the PV panels on the roof must be considered and the new or existing framing must be capable of supporting this loading, including effects of wind and snow load drifting. These requirements only went into effect in the 2015 edition. Prior to the 2015 edition, there were no specific references to roof-mounted PV panel loading in the codes.

It should be noted that the above discussion and excerpts specifically focused on general IRC and IBC requirements. Regardless of location, the local amendments and codes should always be reviewed to verify if more stringent or specific requirements exist for roof-mounted PV panels as the local code amendments for some areas can vary significantly from the general IRC and IBC requirements. For example, some jurisdictions in CA and CO now require PV panels to be installed on certain new roof structures.

The primary code used by structural engineers in the determination of applicable loads on buildings is ASCE 7: Minimum Design Loads for Buildings and Other Structures which is adopted by reference in the IRC and IBC. The 2018 I-codes adopted the 2016 edition of ASCE 7 which had significant changes from the previous 2010 edition of ASCE 7 in regard to PV panel loads and design criteria. Although many of the requirements for PV panels listed in ASCE 7-16 piggy-back on other sections already established in previous versions, the new edition is useful in clearing up ambiguities in PV panel loading by pointing the designer in the right direction.

For example, ASCE 7-16 now clearly states that the weight of solar panels and their support are to be considered as dead loads [1], roof live loads need not be applied to areas covered by solar panels under a certain spacing or height [2], and seismic design is based on already established principles in section 13.3 for non-structural component design [3]. None of these provisions were clearly defined in previous versions which left ambiguity and interpretations up to the designer on how to treat PV panel loading.

Based on the claims where VERTEX has provided consultation, the most significant change in ASCE 7-16 for PV panel loading pertains to wind loading. ASCE 7-16 now has pressure coefficients that have been specifically developed based on research and testing for rooftop-mounted PV panels. The Structural Engineers Association of California (SEAOC) has been primarily leading the charge in this research and development. In fact, the coefficients and requirements for wind loading outlined in ASCE 7-16 come directly from SEAOC’s document: SEAOC PV2-2017 Wind Design for Solar Arrays. Prior to ASCE 7-16, structural engineers were left to decide whether to utilize coefficients developed at the roof surface (figures from 30.4) or from a free-standing open structure (figures from 30.8), neither of which accurately reflected the condition of solar panels at a certain height and slope above the roof surface and typically resulted in overly conservative results.

As a result, most designers utilized wind tunnel testing procedures allowed by ASCE 7 to determine the applicable pressure coefficients. This testing is typically carried out by the solar panel manufacturers on a generic layout and typical conditions. The testing provides a generic set of coefficients which can then be modified to provide site-specific coefficients to designers. In our experience, these coefficients are typically treated as proprietary information and can sometimes be presented as a “black box” with very little information on the background of the testing, assumptions made, and applicability of the coefficients.

With the addition of the PV panel coefficients in the most recent ASCE 7-16, the design values provided by manufacturers can now be approximated and checked by designers to help ensure a better understanding of the behavior of the system. In many cases, the dialogue between the EOR and the solar manufacturer/developer is the source of misunderstandings, misinformation, or inadequate detailing or design that leads to resulting damage.

In part two of this series, we will take a look at a few examples to illustrate common structural issues we have encountered on roof-mounted solar PV panel projects.