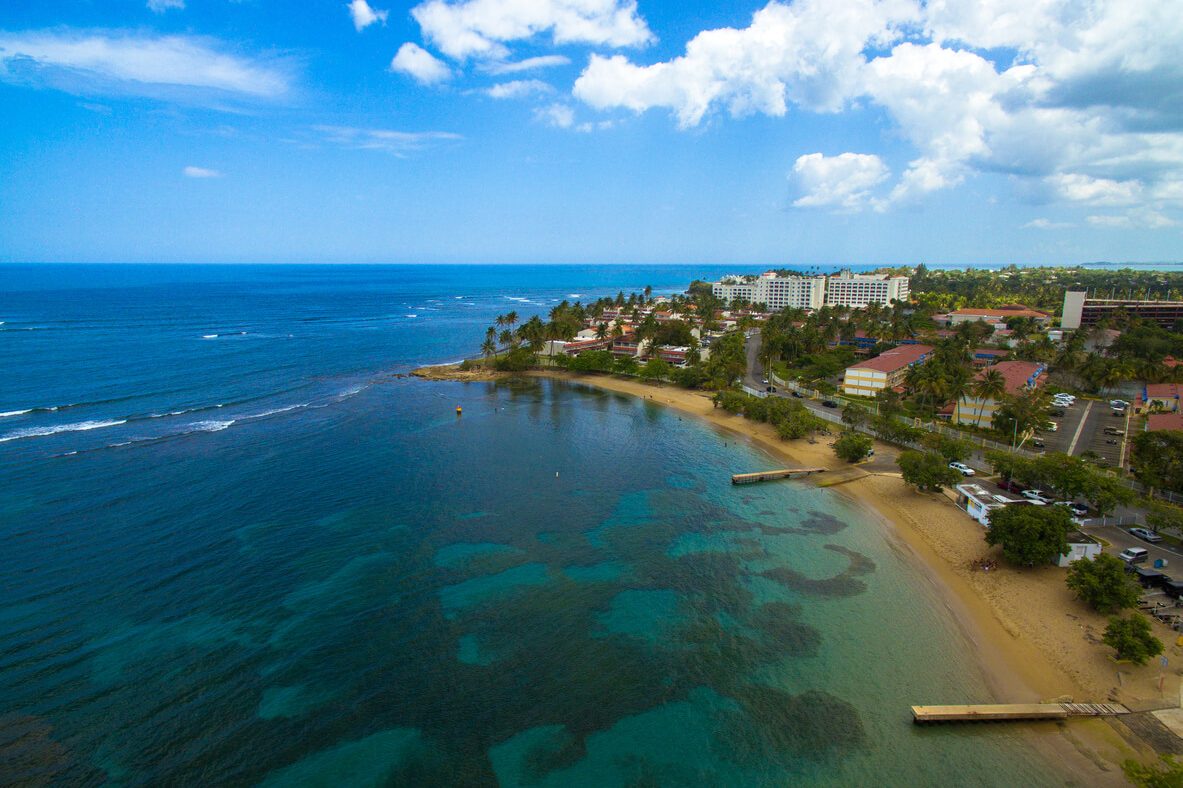 What started as a desire for a board-formed concrete aesthetic cleared the path to utilize a cast-in-place concrete structural system for a new hotel resort in Puerto Rico.

VERTEX is performing structural design services for the new resort, which includes approximately 50 villa-style guest-room buildings, a banquet hall, 2 restaurants, and other hotel amenity buildings. The site has offered some interesting structural challenges, being in a hurricane-prone region (with wind-borne debris) and a high-seismic category. Choosing the right structural system was a bit of a paradox: heavier materials that resist high wind pressures add to the seismic mass of the building.

Here, we will discuss the structural system chosen for the hotel villas, which are relatively small buildings in the realm of commercial construction, similar in size to a single-family residence.

The design aesthetic for the project relies heavily on exposed board-formed concrete walls. Cast-in-place concrete is an appropriate building material for the site as it is commonly used in Puerto Rico, but it is also desirable from a structural standpoint for the following reasons:

Tests have been performed which show concrete walls perform well under simulations that mimic hurricane conditions. The remainder of the building enclosure is constructed with hurricane-rated glazing systems, which are tested to meet the requirements of section 1609.1.2 of the International Building Code (as of the time of this blog, the project falls under the 2011 Puerto Rico Building code which references the 2009 IBC). It is critical to maintain a robust building envelope, as any breaches during a hurricane are likely to cause an increase in the internal pressure of the building applying higher wind forces on all components.

We also selected flat-plate concrete slabs to create the roof structures. The weight of the concrete is beneficial in resisting high uplift pressures on the slab, and it adds significant torsional force distribution capabilities to the lateral system: a necessity to accommodate the amount of glazing used to capture stunning ocean views.

Flat-plate concrete slabs allowed for a shallower structural system and helped the architect achieve a shorter parapet profile than would have been possible with other systems. A significant overhang on the roof slabs was a challenge to design structurally but was made possible through the use of cast-in-place concrete. Since much of the structure is exposed, there is an added benefit that fewer finishes will need to be constructed after the primary structure, reducing the number of trades, and fewer non-structural finishes are likely to be damaged during a wind storm.

VERTEX provides structural engineering design services nationwide, and while we find in many areas that cast-in-place concrete is a cost-prohibitive structural system for small buildings, in Puerto Rico it has turned out to have many added benefits making it an excellent choice for this project.

To learn more about VERTEX’s Engineering Design services or to speak with an Engineering Expert, call 888.298.5162 or submit an inquiry.