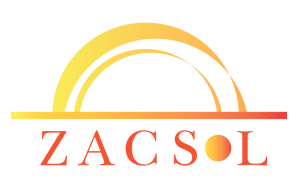 The Vertex Companies, Inc. (VERTEX), headquartered in Weymouth, Massachusetts, is a leading partner in the development of a 30-megawatt solar electric power plant located in Zacatecas, Mexico. When complete, this project will be one of the largest of its kind in Latin America.

VERTEX has operated for over a decade in the Mexican market as Vertex Ingenieros Consultores, S. de R.L. de C.V., completing dozens of energy and environmental projects in a variety of industries.  VERTEX has consulted for both US and Mexican businesses including Comisión Federal de Electricidad (CFE), Mexico’s government-owned utility.

In Zacatecas, VERTEX is collaborating with local Mexican partners to develop the first utility-scale solar PV project in the state and one of the largest in Latin America overall.  The 30 MW ZacSol 1 project is the first phase of up to 90 MW that will be installed near the municipality of Guadalupe over the next several years.  With an estimated $92 million investment in Zacatecas that will create approximately 400 construction and operational jobs, this first phase represents a significant step forward for Mexico in realizing their solar potential.

With its progressive renewable energy policies, high fossil-based electricity prices, and the third highest solar insolation in the world, Mexico represents one of the most exciting current opportunities for renewable energy production.  According to the Inter-American Development Bank, Mexico has a potential for 45 GW of solar energy.  Throughout most of Mexico, solar PV projects are profitable without government subsidies with Northern and Central Mexican projects typically breaking even after only two years, according to a recent report by SENER, Mexico’s Energy Department.

Massachusetts and Mexico share a strong, established relationship that has the potential to develop significantly through the cultivation of bi-national partnerships such as ZacSol. In 2013, Mexico was Massachusetts’ third ranked import partner, with Massachusetts importing approximately $3.37 billion worth of goods and services.  Mexico was Massachusetts’ third ranked export partner, with Massachusetts exporting approximately $1.86 billion worth of goods and services.  Similar to the Patrick Administration, the Administration of Mexican President Enrique Pena Nieto has pursued a growth strategy that invests in education, innovation, and infrastructure.