2012 State of the Construction and Surety Industries 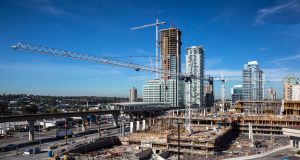 Below is an excerpt from “State of the Construction and Surety Industries” report compiled yearly by William J. McConnell P.E., J.D., C.D.T. President.

The state of the U.S. economy and construction industry has been dismal for the past five years. Since 2008, my generally optimistic perspective has been jaded with pessimism, as economic data year after year was morose. However, initial indications in 2012 provide a glimmer of hope, albeit a small glimmer, as unemployment is trending downward and a resurgence is evident in many private construction verticals. In particular, the residential construction sector, which was in an all out free-fall between 2007 and 2011, at last bottomed out in 2011 and a mild rebound is now underway.

In stark contrast to my gloomy reports on the U.S. economy and construction industry over the past half a decade, the financial results for the surety industry have been spectacular during this timeframe. The surety industry recorded record low loss ratios each year between 2007 and 2011, although 2011 results were somewhat skewed by an unusually high level of negative loss data from 11 states. As I have predicted in my past reports, however, this stellar performance will likely come to an end in 2012 and losses will trend upwards into 2013 and 2014 due to the noted budgetary cuts.

The increase in surety claim activity in 2012 will signify a three year lag from the end of the recent recessionary cycle to an upward trend in losses; a three year lag falls in line with patterns from past surety loss cycles. I anticipate that the current loss cycle will be minor in nature—the peak loss ratio should fall at or below 40%, despite the depth and duration of the Great Recession. The mitigation of losses through this cycle is a result of fundamental shifts that took place in the surety industry after record losses were sustained in the early 2000s.

I welcome any questions or comments that readers may have with reference to the content of this report and/or any of the opinions that I express herein. I can generally be reached in Vertex’s Denver office at 303.623.9116 or via email at wmcconnell@vertexeng.com.