The Aftermath of Hurricane Sandy

In 2012, Hurricane Sandy hit the East Coast with a fury and cost New York City over $19B in damage.[1] Now, nearly seven years later, necessary repairs, including infrastructure rehabilitation, continue in response to the storm’s massive impact. While multiple subway systems in New York City have undergone repairs, there remains significant work to be performed.

Following the storm, New York City began making plans to shut down the L Train from Bedford Avenue in Brooklyn, to Eighth Avenue in Manhattan, for a period of 15 to 18 months. The lengthy closure would be necessary to repair damage caused by the saltwater flood that corroded cabling and other electrical and track equipment.

The work required careful consideration and planning. The City would need to find transportation alternatives for the 400,000 daily commuters who rely on this major thoroughfare and reassure business owners who dreaded the economic implications of a lengthy shutdown.[2] Especially challenging: while some parts of the line could be repaired in less time, one tunnel — through which 225,000 passengers travel daily — would have to be closed for the entire period.

In 2017, after four long years of planning, feasibility studies, community proposals[3], and stakeholder outreach, the finalized repair plan was announced.

Then, just a few months before the planned start of work, despite all the planning, and amid declining real estate prices and lower rents in areas serviced by the line[4], New York Governor Andrew Cuomo announced that the original repair plan for the tunnel would be reimagined, and the shutdown averted entirely.

In this multi-part series, we will review several topics that tie-in to this story, including: 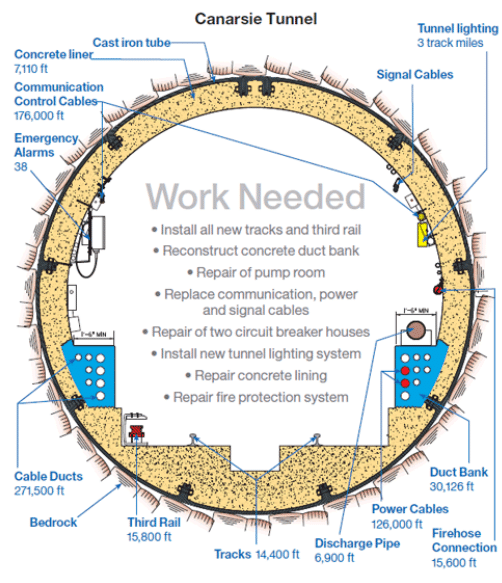 The repair work was awarded to a joint venture of Judlau Contracting, Inc. and TC Electric for a contract value of $477M, with a $17M incentive for completing the planned 18-months of repairs in 15 months.

Without warning, on January 3, 2019, following a walkthrough with engineering experts and just four months before the start of the work, Governor Cuomo announced that a shutdown would not be necessary and a new recommendation for the work was presented: [6] 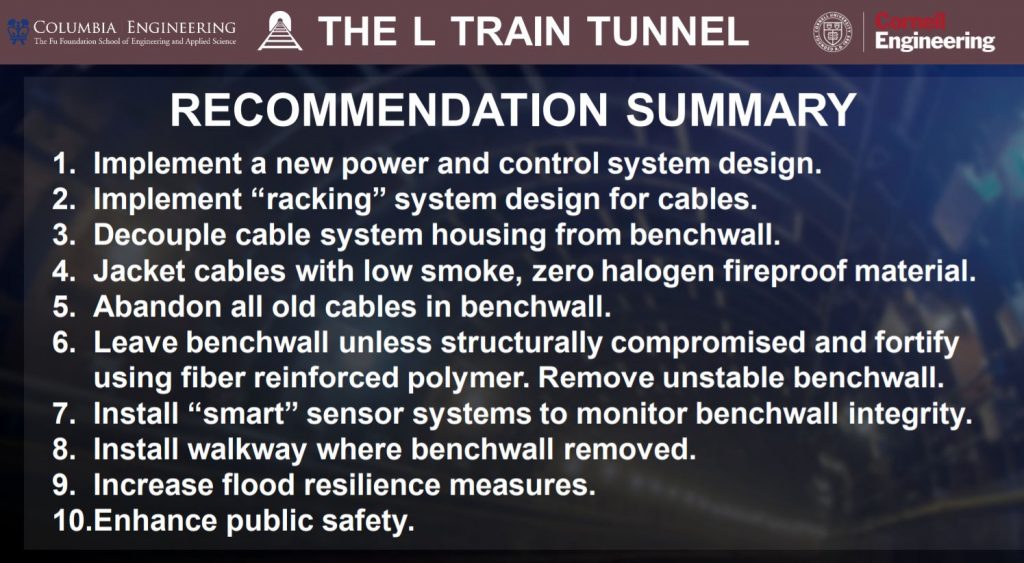 The New York Times generated a simplified representation of these changes: [7] 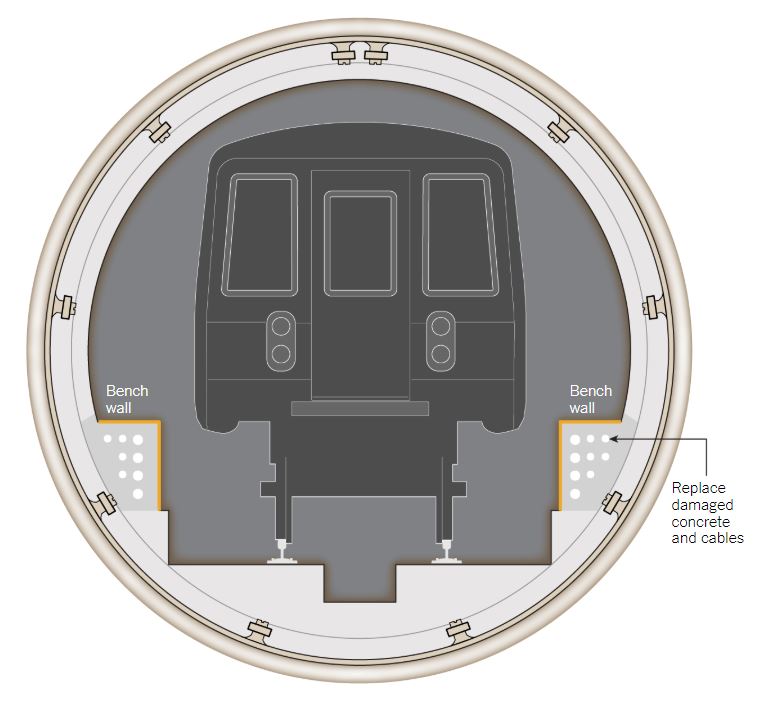 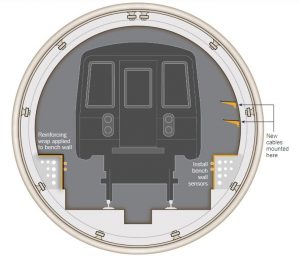 Planning for the Future

Now, with the shutdown apparently averted and a new repair methodology to be implemented, New Yorkers hope that, unlike the tunnel itself, the plan holds water.

What happened here shines a light on how projects are planned and delivered, the factors that are weighed and parties impacted when a project is developed, and the technological advancements which make repairs like these possible. Future posts will explore the circumstances and outcomes that surround this project and lessons learned. 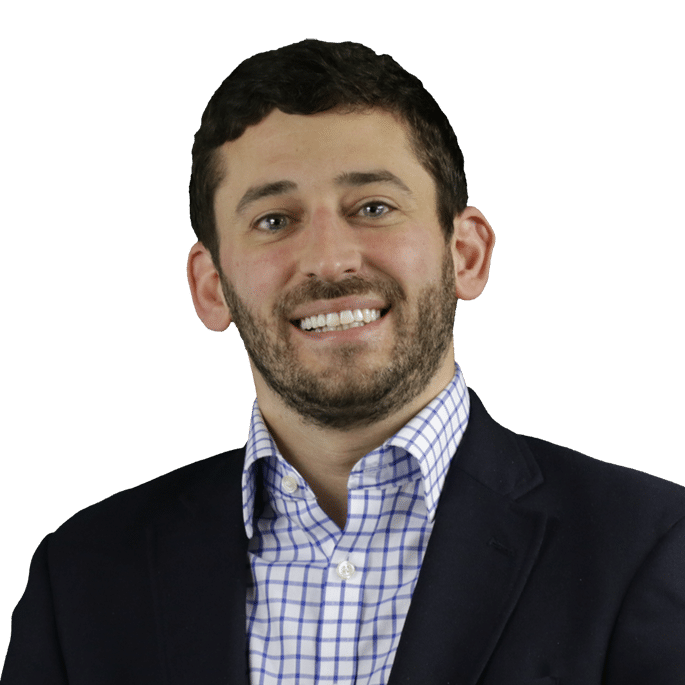