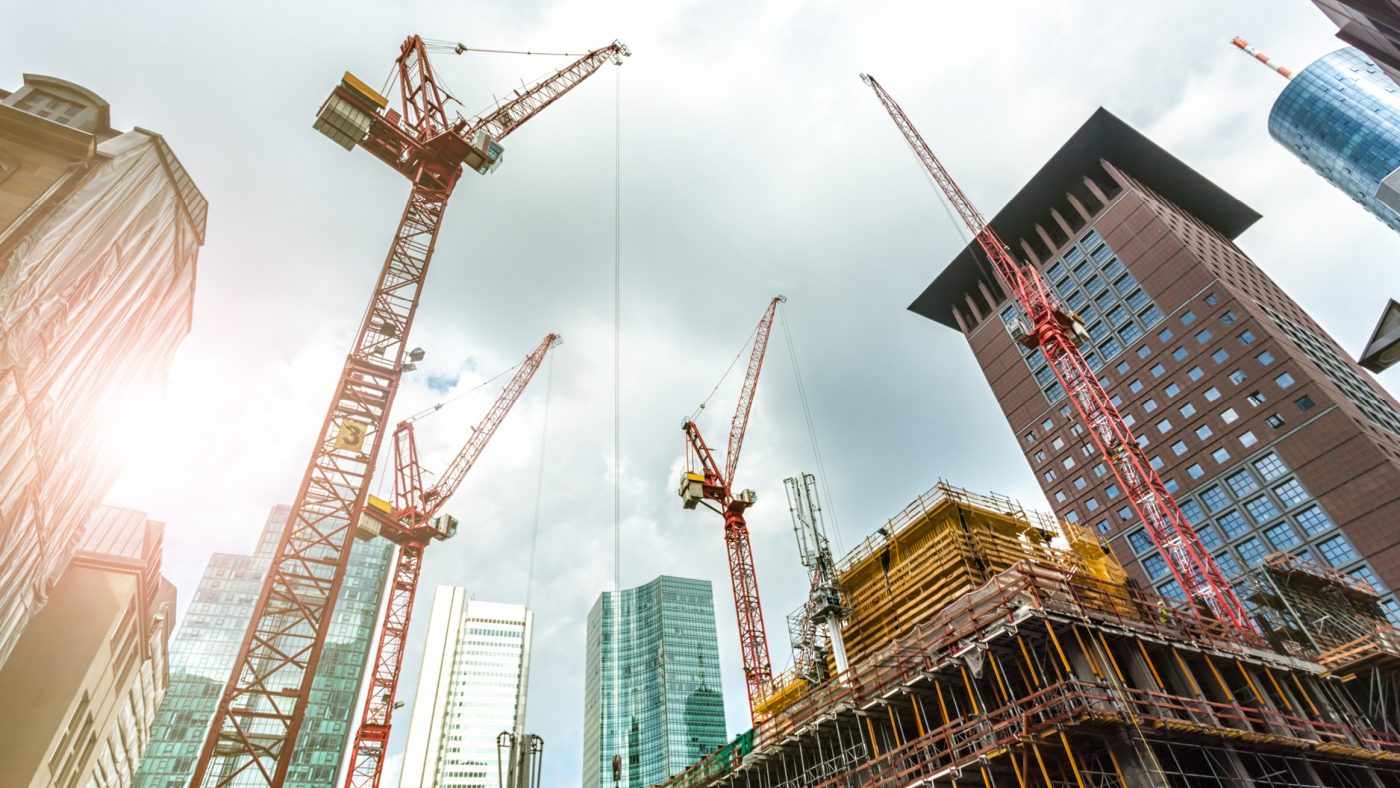 2022 Economic Forecast for US & California

It has been a strange year for both the Nation and the Golden State.

This past year has been almost without precedence, both on an international and national level. If you followed the news cycle, we have experienced at least 12 “plagues”

And with it all, we have had the lowest interest rates in decades and the real estate market continues to be vibrant throughout the Nation and particularly on the West Coast with an insatiable appetite for new and existing homes and commercial properties.

Better yet, the Nation is ending the year with an unemployment rate of 3.9%. and apparently an endless supply of jobs that employers just can’t get filled. You can download a copy of this report through the form here:

Let’s take a look at what is happening on a Nationwide basis, followed by a deeper analysis of California, its largest economic powerhouse.

It was almost two years ago when we learned about COVID-19 and the world hasn’t been the same since.

The media the last few months was reporting that a “great resignation” was happening. Given we’ve been adding so many jobs, the data is telling us that the people quitting are moving to better jobs.

Our big problem now is that we have almost 11,000,000 job openings. Companies are having a hard time looking for workers. There appear to be several reasons why we have so many openings:

So, if you notice the service in your favorite restaurant is a little slow or if the lines at the market are a little longer, it’s because the proprietors can’t find folks who want to work. End of story.

I am fairly certain that the Nation will add 3,000,000 to 4,000,000 jobs this year. I think the pay scales will increase sufficiently to entice people to go back to work and others will find the right job for themselves. In any event, we will gain a substantial number of jobs and our National unemployment rate will remain at 4.0%, perhaps a little lower.

The three states that are in continual need of incoming labor are California, Texas and Florida. Those three states accounted for 50% of the decline since 2016.

We have been enjoying essentially no inflation for the past five or six years. Unfortunately, it’s time for a reset. We are currently at more than 6.0% due to numerous factors:

During the course of the year, many of the shipping and trucking traffic problems we face now will be mostly solved and inflation will drop back to the 3-4% level by the end of the year. Pointedly, it is not a shortage of goods; it is a shortage of traditional delivery services.

First, let’s talk about new construction. The costs of construction have skyrocketed, mostly due to the cost of materials. The price of lumber has increased from its traditional $300 per 1,000 board feet to more than $1,000. The Texas Freeze in February caused a plastics shortage. And plumbing fixtures and appliances, most of which are manufactured overseas are backlogged on ships.

And, oh, yes, labor is in short supply, too.

Having said that, construction of new homes, condominiums and apartments were at a decade high in 2021 with production of more than 1,700,000 units. It’s the highest production level since the last great recession.

It is highly likely that the ships bogged down in the harbor will get unloaded eventually and that normalcy will prevail. Further, lumber prices will return to some form of rationality. For those reasons, and because financing is plentiful and developers are ambitious, 2022 will once again see production in the range of 1,700,000 units, and that’s a good thing for America. In addition, we will see a major increase in non-residential construction and particularly in the public sector, thanks to the recently approved Federal Public Works legislation. The last few years have not been as robust as the residential sector.

Automobile sales are a good indicator of how consumers feel about the economy. In 2020 and 2021, the appetite was there, but the cars weren’t.

The chip problem has caused a massive slowdown in delivery of finished cars, thus in 2021 we wind up with barely 15 million new cars sold instead of the usual 17 million. Because new cars were not readily available, there has been a massive increase in demand for used cars and that has caused used car prices to soar.

And inevitably, the supply of used cars gradually declined.

Had normalcy prevailed, used car sales would have been at the 42 million level by now.

The used car market reminds me of the California coastal real estate market, because it follows the principles of Econ 101: Supply and demand.

I expect normalcy to prevail in the auto industry by year’s end 2022.

Since the major wave that started after election day November 2020 through March 2021, the rate of deaths from COVID-19 have subsided somewhat, thanks to massive effort to inoculate the US population.

At the time of writing, we’re in the midst of the Omicron wave. Thankfully this faster-spreading variant isn’t quite as deadly. However, as we’re seeing now, a smaller hospitalization rate of a much larger pool of infected can still cause trouble for our hospitals.

COVID is still acting as a headwind in our economy, though not as much as back in 2020 – 2021. As warmer weather approaches in the spring and a high percentage of folks get the jab, the number of deaths per month will subside.

Without a doubt, there will be many PHD thesis papers on the full economic and health impacts for years to come.

By year end 2022, monthly deaths Nationwide will likely decline to the 10,000-15,000 monthly level, provided COVID doesn’t throw a new curveball variant. Just as a touch of reality, every year, without COVID, 2.8 million people die in the U.S. from a myriad of causes.

The Economic State of California

For the rest of this forecast, lets focus on the great state of California with an economic perspective.

The State of California, prior to COVID-19, has had a wonderful pace of growth with the Gross Domestic Product increasing at 5.0-6.0% each year. COVID took its toll and in 2020, the golden state’s GDP declined for the first time in more than a decade.

We all know 2020 was a strange year. Thankfully in 2021, California has resumed its economic growth trajectory. Just to put a bit of perspective on GDP, it’s hard to overstate how much California is the nation’s economic powerhouse. This exhibit shows the ranking of the top five states in terms of Gross Domestic Product (in billions) before the pandemic:

When the final numbers are tabulated, California will have a GDP increase of nearly 7.0% in 2021, playing catch-up from the previous year and moving ever forward. In 2022, California’s GDP increase should be in the 5.0-6.0% range.

As the media have told us on numerous occasions, California has lost population in the past year. Let’s take a look at the data to see what has transpired, comparing population changes in 2020 from a decade ago.

The loss of population was three-fold:

Yes, there is out-migration, but there is also in-migration. The demographics are showing that 60% of persons moving to California have at least a bachelors’ degree. College-educated immigrants (both domestic & international) are coming to California and are making up a growing share of the state’s workforce.

Our state is getting smarter which is important because of the types of jobs we are creating and have openings for.

The natural increase (more births than deaths) will turn positive when COVID is conquered (or at least controlled) and legal international immigration may increase with the present administration. I doubt if the domestic outmigration situation will change in 2022. We have just gotten too expensive for some folks to live here. Optimally, the loss of population will subside and someday we will see the state’s population top 40.0 million. We are still the golden state.

In that time frame, all sectors of the California economy were in a positive job mode.

California will continue to add high-quality jobs through 2022, dropping the state’s unemployment rate back down to pre-pandemic levels

Despite the last administration’s trade-war and COVID-19, California continued to be a powerhouse of exports though 2020. The two largest customers are Mexico and Canada.

The largest segment of exports is machinery and machines, including motor vehicles and aircraft engines and parts.

We expect a continuation of a very good trend once COVID subsides.

The past several years residential construction has been stable in California, averaging 110,651 dwelling units annually in the 2016 – 2020 period, higher than first half of the last decade.

At the time of writing, the final 2021 figures are not yet available, but it appears that construction units permitted will total 120,000 units, the highest level in more than a decade. Note that the multi-family category includes both condominiums, townhomes and apartment rental properties.

Another year of 110,000+ production with prices of production leveling off.

The exhibit shows that the explosion of home prices began in the 1980’s and relates to the population per housing unit. Notably, the massive change in population in California created a demand for purchasable housing units that could not be satisfied.

The 2020 Census shows once again what happens to housing prices when the ratio of population per housing unit approaches 3.0.

At the beginning of his term, Governor Newsom opined that we need to produce 500,000 housing each year. I am quite certain that California will not reach that goal, but we will continue to produce. On the sale housing front, I am projecting that existing home price increases subside to the 8-9% level, less than half of what we experienced in 2021.

Overall, 2022 will be a good year for our Nation and California. It does not mean that we won’t face probable troubles. COVID could produce a follow-on variant to Omicron, or we find the virus creates undue long-term health issues. Russia invading Ukraine and/or China showing off its military prowess in Taiwan would disrupt international trade further.

While California may have lost a member of Congress and a half million people, it continues to be a powerhouse of creativity, well-paying jobs, a vibrant work force and excellent institutions of higher learning. It’s just a shame that housing isn’t less expensive and readily available. But some things never change.

Alan Nevin is the Director of Economic Research at The Vertex Companies, LLC. He serves the real estate and legal industries with residential and commercial real estate valuations, real estate development market studies and litigation support.