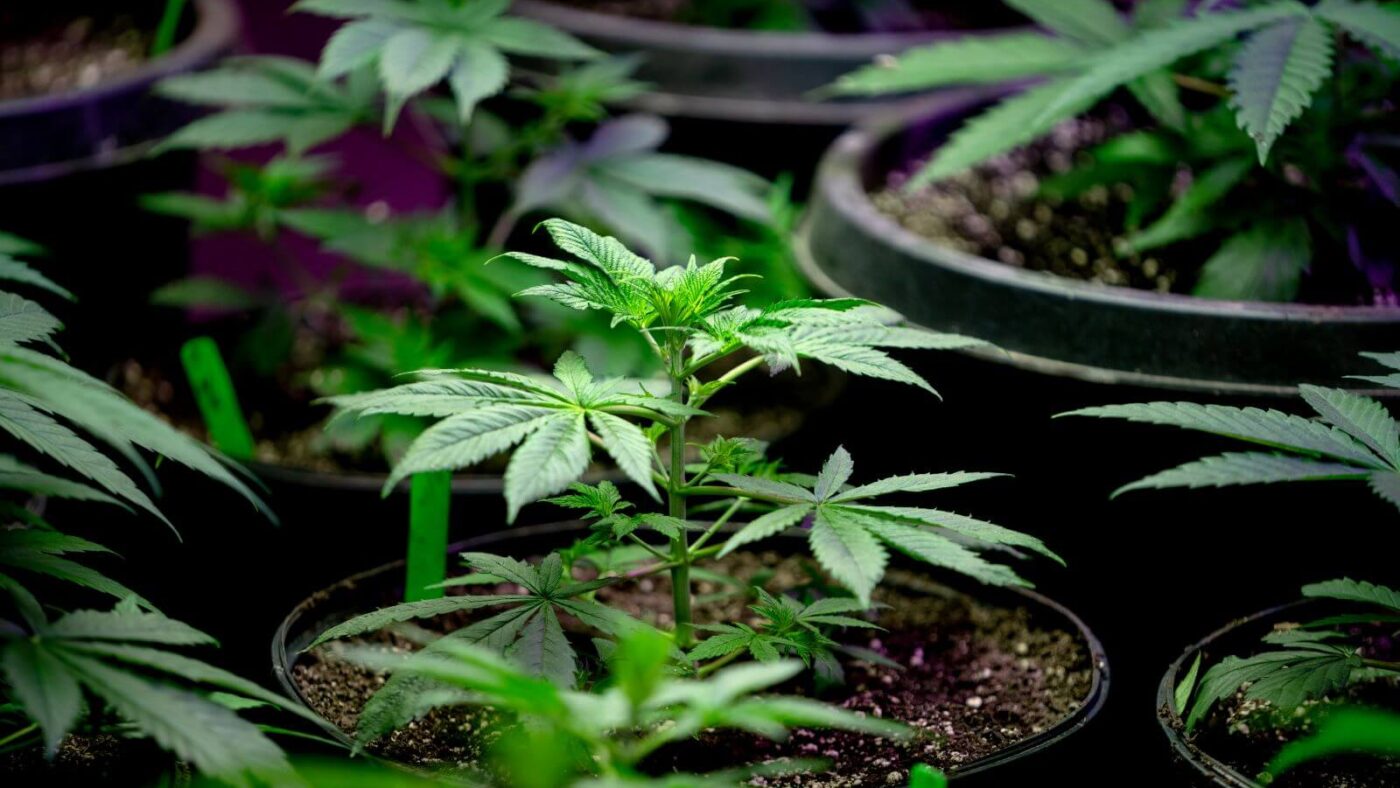 Cannabis Products: Regulation and Preparation in Cultivation and Extraction Facilities

In recent years, the movement towards the legalization of marijuana has accelerated, especially with regard to recognized medical uses. As with the advent of any new industry, rules and regulations have and will continue to be implemented by the regulatory community towards the Cannabis industry. Here, we will examine the current and potential future regulatory framework applicable to the Cannabis production industry.

Public opinion concerning the medical use of marijuana has been sharply divided. The National Academy of Science report “Marijuana and Medicine Assessing the Science Base” indicates a potential therapeutic value for cannabinoid drugs, particularly for symptoms such as pain relief, control of nausea and vomiting, and appetite stimulation. [1] In the future, medical products are likely to have active marijuana active ingredients extracted, purified, and delivered via more traditional pharmaceutical methods.

In response to public pressure, individual states have moved ahead of the federal government to de-regulate marijuana under local laws with very differing allowances for use. California voters passed Proposition 215 in 1996, making the Golden State the first in the union to allow for the medical use of marijuana. Since then, 35 more states, the District of Columbia, Guam, Puerto Rico, and the U.S. Virgin Islands have enacted similar medical use laws. Fifteen states, most notably California and Colorado, have passed legislation allowing recreational use for adults. [2]

In the 20th century, marijuana was used more for its euphoric effects than as a medicine. Its psychological and behavioral effects caused concern for public officials since the drug first appeared in the southwestern and southern states during the first two decades of the century. By 1931, at least 29 states had prohibited the use of marijuana for nonmedical purposes. Marijuana was first regulated at the federal level by the Marijuana Tax Act of 1937, which required that anyone producing, distributing, or using marijuana for medical purposes to register and pay a tax. The resulting increase in the cost of marijuana greatly reduced nonmedical usage. [3]

In 1942, marijuana was removed from the U.S. Pharmacopoeia because it was believed to be a harmful and addictive drug – causing psychoses, mental deterioration, and violent behavior. [5] United States Pharmacopeia (USP) is a nonprofit scientific standard-setting organization, that develops and disseminates public standards for medicines and other articles. [6] The pharmaceutical community is guided by USP standards.

In the late 1960s and early 1970s, an increase in marijuana use among adolescents and young adults occurred. Public health concerns led to the development of more regulation in order to limit usage. The current federal legal status of marijuana was established in 1970 with the passage of the Controlled Substances Act. The Controlled Substances Act (CSA) places all substances which were in some manner regulated under existing federal law into one of five schedules. Marijuana was placed in Schedule I, the category for drugs with high potential for abuse and no accepted medical use. [7]

The United States Department of Agriculture (USDA) normally regulates the cultivation of agricultural products. It will regulate the growth of hemp and will likely regulate the growth of marijuana products if legalized on a federal level. In 2018, The Agricultural Improvement Act allowed for the cultivation of hemp, Cannabis sativa with a THC [8] level of 0.3% or less, by removing it from the US Drug Enforcement Administration (DEA) Schedule I classification. Hemp is an extremely versatile crop that is used to make food, oils, animal feed, and fibers/textiles. Hemp use in agriculture in the US has been extremely limited by its classification as a Schedule I drug. Until the Agricultural Improvement Act, the Food and Drug Administration (FDA) maintained that growing and producing hemp was illegal. On October 31, 2019, the USDA released the Interim Rule (IR) on the production of hemp in agriculture. These include guidelines for licensing, grow operations, laboratory standards, and specific testing and disposal requirements.

Despite the DEA Schedule I status as a controlled substance, the Cannabis industry is also subject to state and federal environmental regulations, including the following:

Permitting of Cannabis facilities may be required.  The permitting process may affect the initial site location decisions.  A facility located in a Non-Attainment area may be subject to more stringent environmental controls than a facility located in an area with a low level of air pollution.

In many states, a Cannabis cultivation facility will be considered an agricultural activity and not subject to air pollution regulations.

Cannabis extraction facilities are industrial and will normally be subject to air pollution considerations.

In any facility, carbon filtration will normally be important to extract organic compounds from the building exhaust stream prior to discharge in outdoor air.

Cannabis facilities usually produce regulated waste which may include plant waste. For the unused portions of plant materials, disposal varies from state to state. In many states, waste streams below a certain threshold (e.g., one ton per week – Massachusetts) may be disposed of in the trash. Larger quantities of waste may need to be composted or disposed of by anaerobic digestion. Treatment of the waste by mixing it with other organic materials such as growing media, soil, or mulch may be required to render the plant waste unusable.

Other types of waste that may be generated at a Cannabis facility include:

Twenty-five U.S. states currently have electronics recycling laws. Recycling is always prudent for electronics and may be required based upon local statutes.

Solvents are normally considered a hazardous waste under the Resource Conservation and Recovery Act (RCRA see EPA 40 CFR Parts 239 through 282). The disposal of solvent is easiest when supported by solvent disposal and recycling firms that are permitted to accept spend solvent waste.

The Agricultural Improvement Act of 2018 removed hemp from the definition of marijuana in the controlled substance act. Products containing greater than 0.3% THC remain banned as DEA Schedule I substances. Based upon the trends in public sentiment, Cannabis products will likely be removed from the Schedule I classification and eventually be permitted for medical or adult usage.

The FDA’s authorities under the Food Drug and Cosmetic Act (FD&C) and Section 351 of the Public Health Service (PHS) Act were preserved by the Farm Bill. Therefore, Cannabis products are subject to the same requirements as other FDA regulated products. The goal of the FDA is for the regulation of Cannabis cultivation to be performed by the USDA. Once cultivated, the FDA normally regulates the production, shipping, storage, and marketing of therapeutic and food products (Food, Drug, and Cosmetic Products). The production of Cannabidiol, a hemp product, is regulated by the FDA (see below). Regulation of Cannabis post cultivation will likely follow in the future.

The OSH Act of 1970 created the Occupational Safety and Health Administration (OSHA), which sets and enforces protective workplace safety and health standards.

OSHA regulations that may be subject to enforcement in the Cannabis industry include but may not be limited to:

A casual tour of a marijuana cultivation facility will quickly reveal the presence of volatile organic compounds due to the presence of a strong odor. The odor consists mainly of a group of chemicals known as terpenes which function in nature to protect the plant from predators. Terpenes are each known to be irritants to the eyes, respiratory system, and skin. They may cause allergic skin reactions and are also known to be flammable. Over 100 types of terpenes have been identified in the marijuana plant. Each strain of plant has a unique terpene type. The following terpenes are most common [9]:

Limited usage and available data have inhibited the development of safe airborne exposure levels for many terpenes.

On a county or municipal level, some counties or cities are issuing local ordinances for marijuana production facilities. Examples of these ordinances include requirements for odor control plans (i.e. controlling odors from leaving the facility) and facility safety or environmental inspections by third-party professionals. Additionally, the extraction process for cannabis oils uses pressurized solvents, such as butane and pentane, and are conducted in explosion- or spark-proof rooms or chambers. These types of facilities may be subject to inspection and enforcement by local fire department officials.

To learn more about VERTEX’s Industrial Hygiene and Building Sciences and Environmental Consulting services or to speak with an Environmental Expert, call 888.298.5162 or submit an inquiry.

[4] Mack, A., Joy, J., Marijuana as Medicine? The Science Beyond the Controversy, 2001, National Academy of Sciences, Washington, DC

[6] FAQs: USP and its Standards

[8] THC is the principal psychoactive constituent of Cannabis (marijuana).

[9] What are cannabis terpenes and what do they do?

[10] Turpentine is a mixture of alpha-pinene and beta-pinene and a lesser amount of carene, camphene, dipentene, and terpinolene. 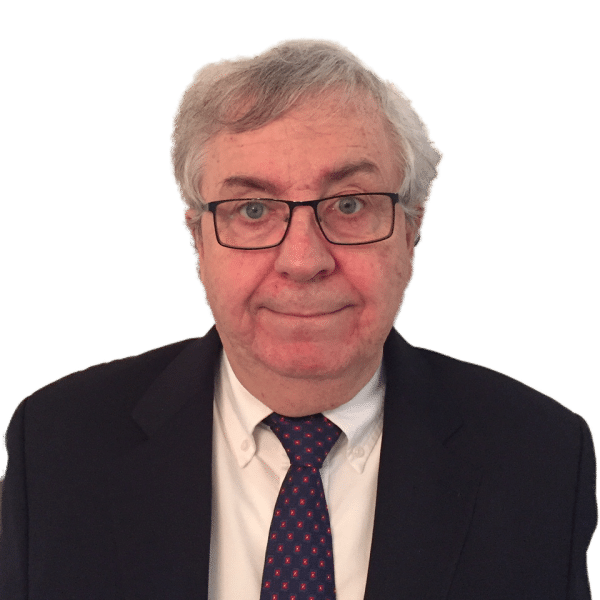 Timothy Duffy is a Certified Industrial Hygienist and Environmental Engineer with over 25 years of experience performing assessments of real estate and business operations.