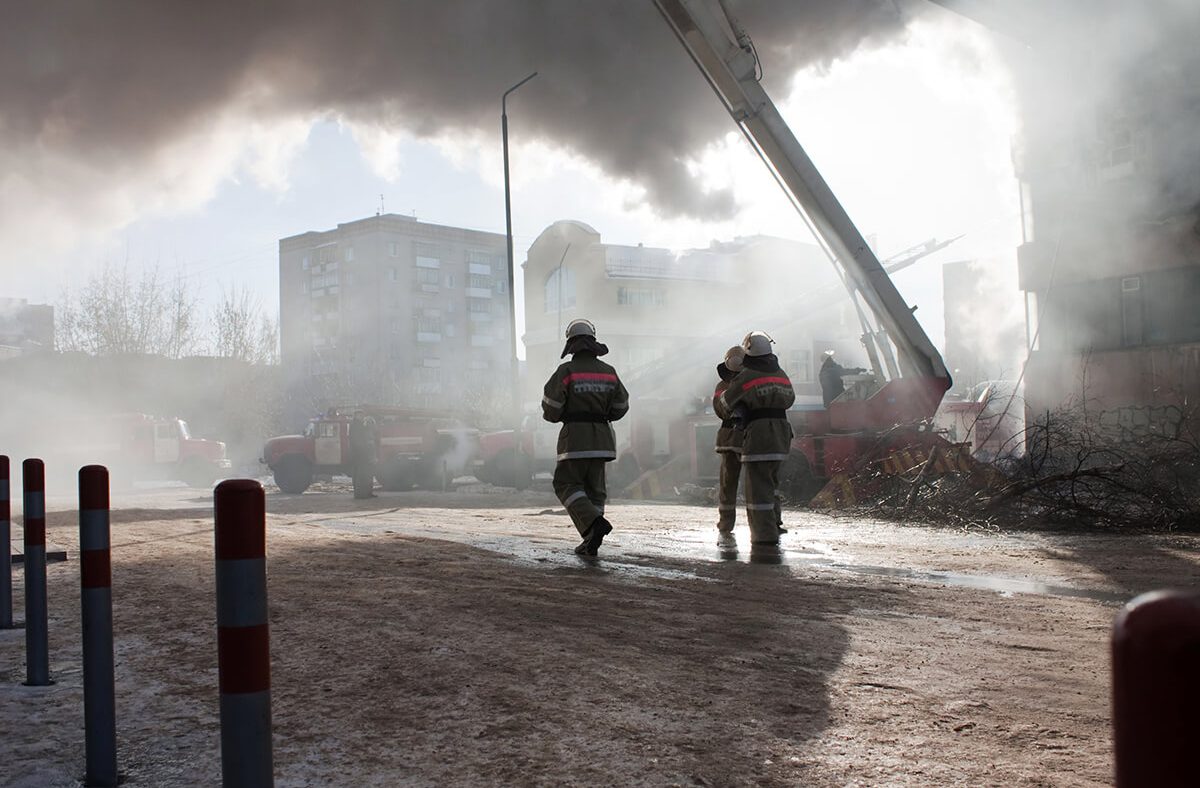 As forensic engineers, it is often our responsibility to assess the structural integrity of a building after a natural disaster or an event from unfortunate circumstances. It is also our responsibility to determine the necessary repairs that need to be made to the structural framing of the building in order to return it to a safe and functional state. This blog focuses on one of the unfortunate events that we tend to see in our professional lives; fire and how it affects structural steel framing. Within this blog, general fire science will be discussed, along with how the physical properties of steel change due to high temperatures, what happens to structural steel during a fire and after, and evidence that we as forensic engineers need to look for when assessing steel framing after a fire event.

During a fire event, there are four stages that the fire will progress through.

During the burning stage flashover can occur. Flashover is the abrupt transition from relatively light burning of a small number of combustibles in the room to full-room involvement. In essence, it is a state in which the combustible contents of the room experience a nearly simultaneous ignition. The time it takes to reach flashover depends on the amount and properties of the combustible materials within the compartment, the volume of the compartment, and ventilation conditions.

At What Temperature and How Long Does a Normal Fire Burn?

Variables for temperature and duration

How Does Heat Transfer From the Fire to the Surrounding Structure?

During a fire event, the mechanical properties of steel deteriorate under the elevated temperature. A reduction in yield strength, stiffness, and modulus of elasticity can occur. Deflections, local buckling, and twisting of the steel member can also occur.

The temperatures depicted in the charts above are those in the steel member itself and may not be identical to the actual fire temperature.

It is important to note that reductions in strength and stiffness are temporary for temperatures that do not exceed 1,300°F for 20 minutes.  Even if the structural steel members are deformed, the steel will regain its pre-fire properties once the fire is extinguished.  However, longer exposures will likely result in annealing and reduction of yield strength.

How does fire affect steel connections?  Typically at the connection locations there is more material such as angles, bolts, and plates.  Because of the additional material, connections are exposed to less heat from the fire than the structural framing members.

Below temperatures of 1,100°F the strength of welds are not affected, neither are A490 or A325 high strength bolts

What Happens to Steel During a Fire?

Physical and material property changes occur within the structural steel framing during a fire event. Thermal elongation, strength reduction, and a reduction in stiffness can occur. Due to the property changes deformations and buckling can occur at 600°F. If a structural steel framing member, such as a beam or girder, is completely constrained at its connections, deformation and buckling can occur as low as 250°F. Typically though buckling of the member occurs around 1,300°F due to the 50% reduction in strength and stiffness (Depicted in the graphs above).

What Happens to Steel After a Fire?

As the fire event progresses into the Decay Stage and temperatures drop, the structural steel framing will begin to contract to the original shape. However, if inelastic deformations occurred during the fire the steel members will experience “permanent set” and will not return to its original shape. Failure can still occur in structural members and connections even after the fire has been extinguished. The members or connections can fail in tension due to the combination of the permanent set, residual loads from the fire, and the dead and live loads that the member or connection was originally designed for.

Assessing the Structural Steel Framing after a Fire

What evidence should an investigator look for to determine temperature and duration?

The appearance of significantly “burned” steel is typically light gray or white. The structural steel framing can also take the color of the fuel contents in the room due to combustible residue. It should be noted that paint applied to the steel will typically burn off at around 300°F.

As we conduct our investigation of the structural steel framing after a fire event, the American Institute of Steel Construction (AISC) recommends the structure to be assessed into three categories:

To learn more about VERTEX’s Forensic Engineering and Engineering Design services or to speak with an Engineering Expert, call 888.298.5162 or submit an inquiry.

View the full presentation on SlideShare