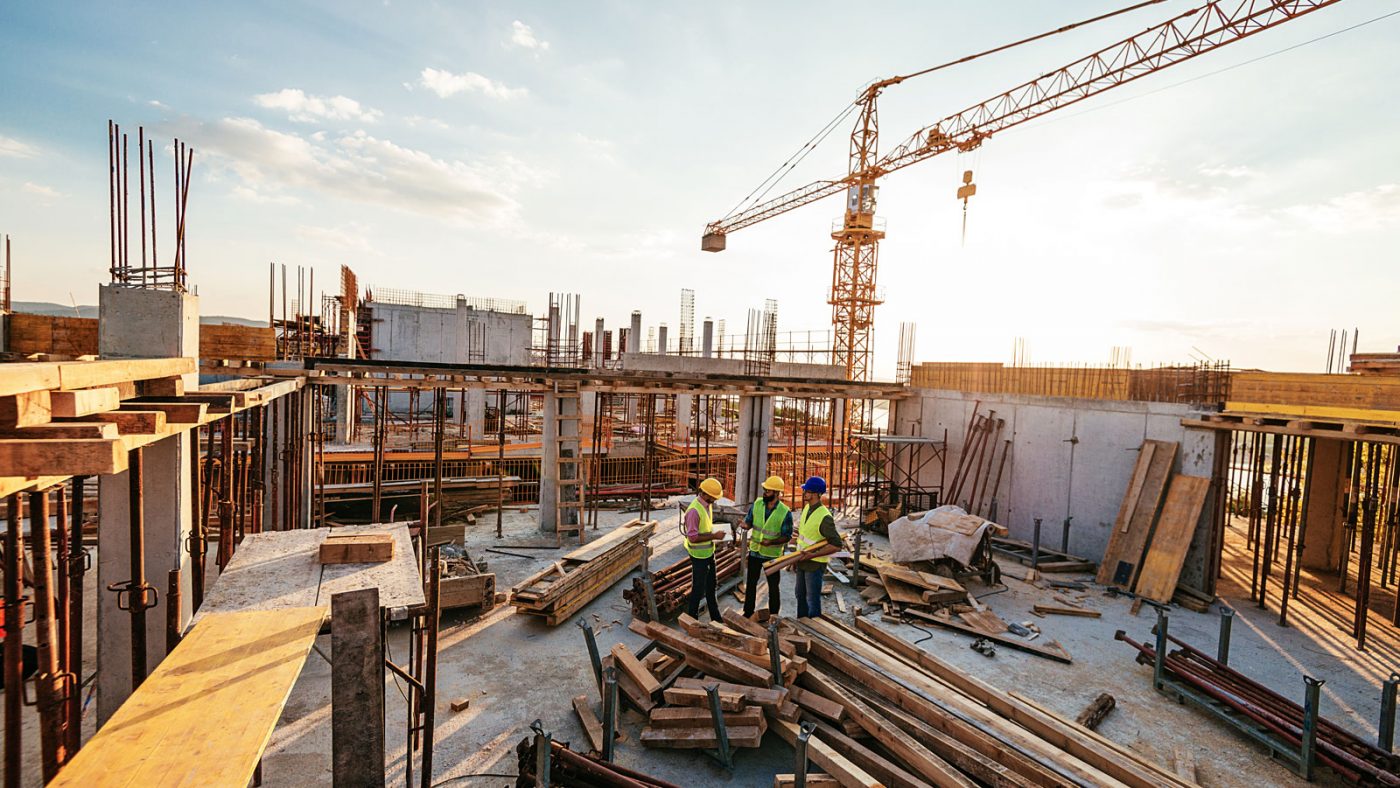 There is no doubt that the complexity of construction projects has increased in recent years. In “Traditional” building projects, Project Risk is transferred from the Owner/developer to design professionals, which then flows towards the General Contractor. In the current changing landscape, construction risk is increasing. Project delivery methods have changed over the past few years, each with its own inherent levels of risk for the construction project stakeholders with purported savings of both time and money for an Owner. However, these nuances in project delivery and construction contract language can mean increased risk for the contractors involved. For example, the Design-Build or Delegated Design project delivery method has been around for a long time but only in the last 15 years has it been gaining momentum. According to a Design-Build Market Study June 2018 conducted by FMI, approximately half of all construction dollars spent in 2021 will be on Design-Build Projects, which means a greater share of risk for the General Contractor.

One aspect of this complexity is the growing fragmentation of quality control responsibilities. More and more, we see situations where a project owner requires the general contractor to take on additional construction management activities, various design-related activities, and a greater level of responsibility for overall construction quality. Today the risk flow is not so linear, and risk sharing and risk transfer are not uniform. As a result, it is imperative that the Project Owner, Design Professionals, Contractors, and suppliers on all tiers of a project fully understand their contractual obligations and that they are adequately protected against the possible risk of loss on a project.

Assuring that protection is no easy task. Here we look at the different types of risk mitigation products that are available for the General Contractor today, and what you need to know about each within the context of a construction defect claim.

Construction defects lead to several undesirable outcomes for contractors, sureties, and insurers alike. This reality is in large part the reason behind the requirement for underwritten risk products, although the specific type of product or policy required varies. Six such products include:

Typically, all contractors are required to maintain some form of Commercial General Liability (CGL) insurance.

Builders Risk Insurance is typically purchased on a project-by-project basis and is considered First Party “Commercial Property Insurance” during the construction phase of a project. This insurance is meant to cover the building’s value based on the percentage of the project completed. As such, the insurance policy increases in value as time goes on. The policy can be purchased and managed by either the Owner or General Contractor and coverage generally stops at project completion.

Contractor Professional Liability, or Errors & Omissions (E&O) Insurance is a relatively new insurance product that is written on a “claims made” basis similar to Design Professionals E&O policies and can be purchased as an add-on to an existing CGL, Excess or Umbrella liability policy.

Subcontractor Default Insurance (SDI) is relatively new and entered the US Construction Insurance market in the late 1990s. Originally underwritten by Zurich as “SubGuard”.

Contract Surety Bonds, such as Bid Bonds, Performance Bonds, Payment Bonds, and Warranty Bonds are not insurance. Bonds are three-party agreements between a Principal, an Obligee, and a Surety. The basic premise of a bond obliges the Surety to guarantee, for the benefit of the Obligee, the contractual obligations of the Principal if the Principal fails to do so.

When a Construction Defect Claim Arises

The Builders Risk policy should be the first line of insurance used on a construction defect occurrence if the project has not yet been completed. In these policies, the waiver of subrogation in the project contract precludes the Builders Risk insurer from subrogating against or seeking reimbursement from the responsible contractor. But that is not true for the designer, as design professionals are not typically covered under the Builders Risk policy. Builders Risk policies typically exclude design deficiencies, and a determination needs to be made whether damages for defective work are design-related or construction-related. Coverage may be available for ensuing loss or damage arising from a design defect.

Commercial General Liability (CGL) policies can have a dramatic effect based on where the project, or loss, is located. Some states consider an encountered defect as an “occurrence,” or “property damage,” that was unexpected or unintentional, which triggers coverage under a CGL policy. Some states such as Pennsylvania, view defects as foreseeable and therefore not an “occurrence” to trigger coverage under a CGL policy.

The Construction Industry view is that the purpose of CGL policies is to protect builders from risks associated with owners bringing post-construction claims for damage to buildings or other property caused by alleged construction defects.

Key Questions to ask during the claims process with a standard CGL policy:

Was there an “Occurrence”?
Usually defined as “an accident, including continuous or repeated exposure to substantially the same general, harmful conditions.

Key Provisions of a CGL policy under a construction defect claim include:

Duty to Defend
In most states, CGL provisions call for the insurance company to defend a Contractor in a lawsuit, but it is the insured’s burden to prove coverage for the alleged claims. The duty to defend exists if the events alleged in the pleadings are covered under the terms of the policy, regardless of whether the insured is ultimately found liable, and any doubt as to coverage is to be resolved in favor of the insured.

Contractor Professional Liability/E&O policies are considered nonstandard, meaning each insurer has its own format and provisions; and are written on a claims-made basis. A contractors’ E&O policy is not meant to duplicate what the CGL policy covers; it specifically excludes liability for bodily injury, property damage, and personal and advertising injury. It also doesn’t cover any property damage liability not excluded by the CGL policy. What is covered, depending on the specific contractors’ E&O policy, is property damage to the named insured’s work, the insured’s product, and impaired property. This product is considered to cover the limitations within a contractor’s CGL policy.

One strain of complexity arises in instances where a defect is not evident until after the project is completed and a Surety Performance Bond is in place. Unfortunately, Performance Bonds are often improperly viewed as insurance obligations similar to Builders Risk and CGL policies, both of which can impose liability on the Surety and Principal long after the bonded work has been fully completed and accepted.

The issue with pursuing compensation for a defect claim using Performance Bonds lies in the fact that these vehicles are “defeasance” bonds, meaning the bond obligation is intended to be null and void if the contractor’s performance conforms to the terms and conditions of the contract. So, in theory, once a project is at the completion stage, and all contractual work is complete, accepted, and paid for by the owner, the obligation under the Performance Bond would be completed as well.

In practice, however, the duration of Performance Bonds is typically governed by the statute of limitations (the duration of which often presents a jury trial issue) and the expiration of the statute of repose. As a result, the Surety, the bonded contractor, and the contractor’s owners and their indemnitors can remain subject to potential long-term liability under a Performance Bond for construction defect claims that may not be filed until many years after the contractor’s work was fully completed and accepted.

In an instance like this, where the work has been completed, but a claim has been put forth under the requirements defined in a performance bond, there is an alternative path. If the Surety must pay an obligation of the Principal for defective work, one defense often taken is to use equitable subrogation rights against the Principal’s CGL carrier.

Certainly, the challenges of knowing when and how to protect against the risks of construction defects will only increase as the complexity of projects and contracts grow. VERTEX maintains a national and international presence of Construction Claim engineers, architects, scientists, and consultants with design and construction expertise that covers all specializations of building and infrastructure related construction systems. 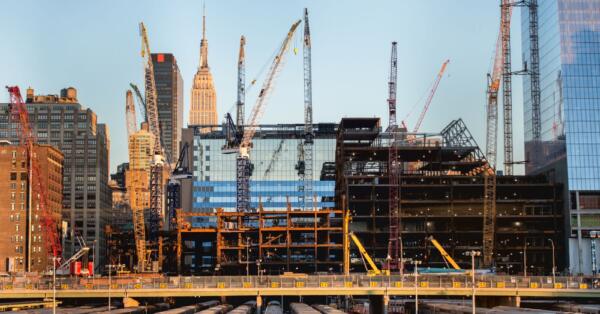 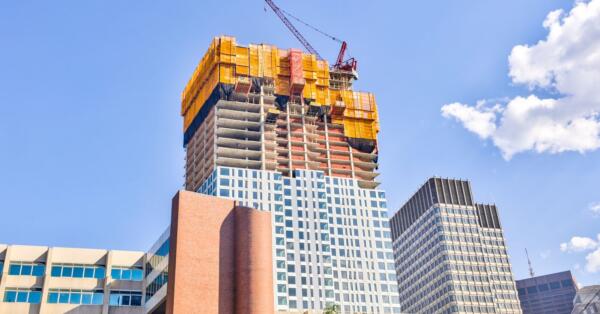 VERTEX is an industry leader in the surety claims marketplace. We have successfully worked on many of the largest and most complex surety claim assignments throughout the globe. 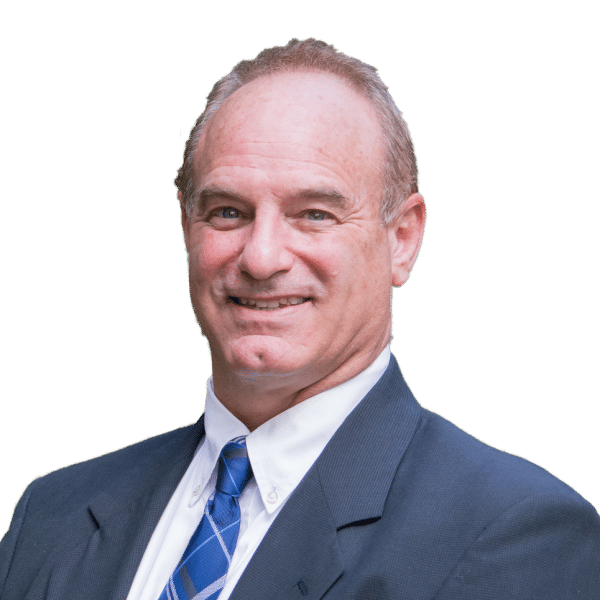