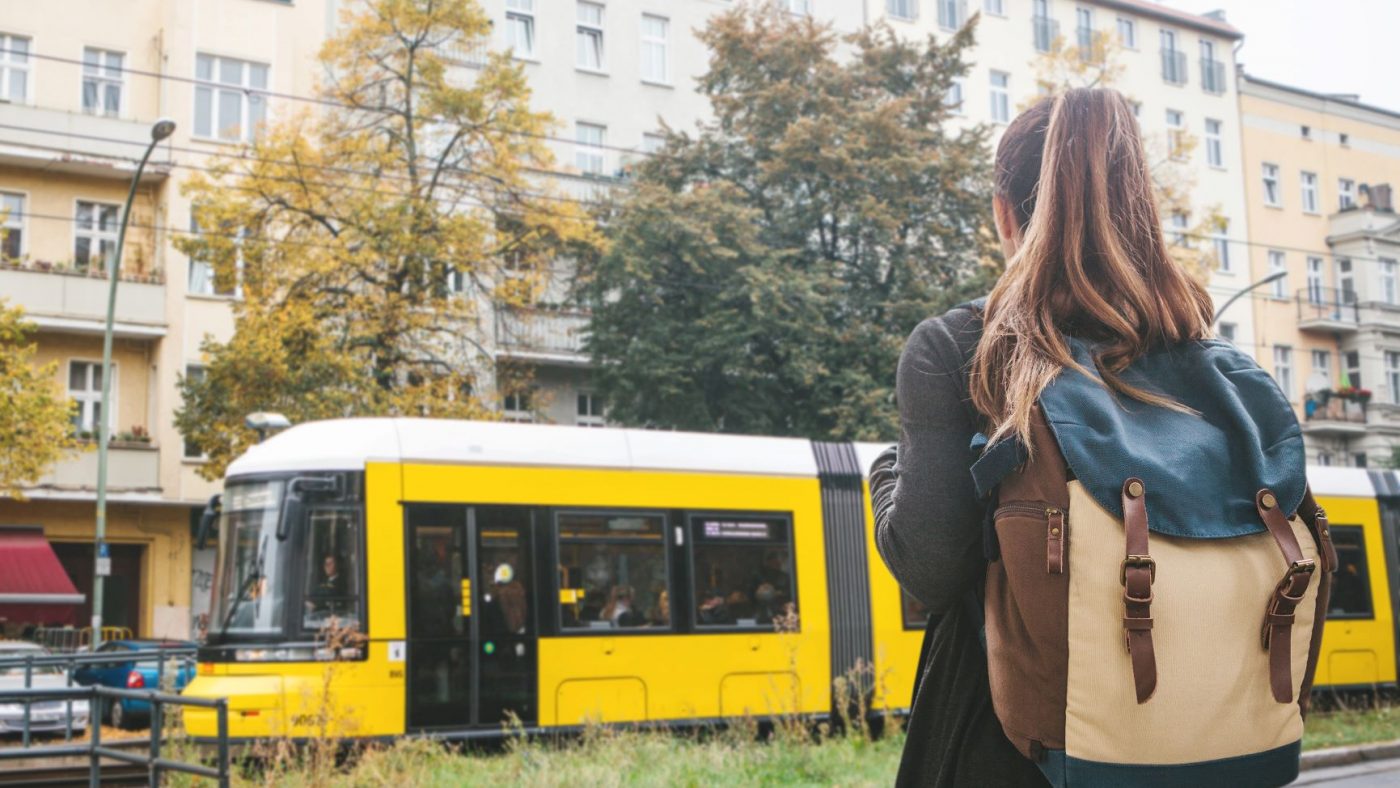 Transit-Oriented Development (TOD) is a community development construction paradigm that integrates mass transit into neighborhood design. TOD’s goal is to provide walkable, livable, mixed-use communities that facilitate lower car dependency and a higher quality of life. In these communities, residents will not be completely dependent on automobiles for survival. Mass transit, whether it is bus or rail, will connect major residential areas with job centers. Honolulu is planning for the development of as many as 21 TOD communities along the 20-mile light-rail Honolulu High-Capacity Transit Corridor Project (commonly called the Honolulu rail). As a result, the construction of billions of dollars in residential and commercial areas inside these TODs over the next decade presents enormous construction and business opportunities for builders, sureties, and construction consultants. 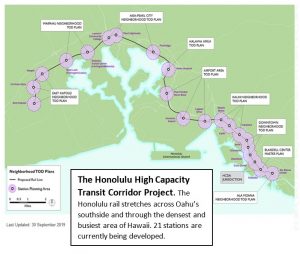 Across the United States, people are witnessing frustrating and horrendous traffic congestion. The average American loses 42 hours annually while sitting in traffic, according to the Texas A&M Transportation Institute. In one academic study from 2015, researchers found the average LA driver experiences 72 hours of traffic delays per year. Moreover, Americans expend 3 billion gallons of fuel a year and 6 billion hours sitting in traffic.

Moreover, long hours sitting in traffic in conjunction with long hours sitting in offices and cubicle at work has had direct impacts on both physical and mental health. Research shows that spending as little as 2 hours in the car a day is correlated with a greater chance for smoking, deficient physical activity patterns, shorter sleep times, obesity, and severer physical and mental health issues.

With 21 rail stations along the Honolulu rail, this translates into billions of dollars in the construction of new homes, infrastructure, and commercial buildings. To support this claim, consider that development along the $2 billion Southwest light-rail station in Minneapolis looks to exceed $1 billion dollars in mixed development near rail stations in 2018 alone. The entire 16 station light-rail project in Minneapolis has brought in a total of $8 billion in development to date (Slowey, 2018). The Honolulu rail has 21 stations stretching 20 miles through Hawaii’s business trade, residential, and commercial corridors. TOD projects are planned for each rail station with construction beginning in East Kapolei.

These Honolulu TOD development projects provide enormous growth and business opportunities in surety and construction consulting. Although general contractor failure on large projects isn’t desirable by any party involved in the construction process, it is still important that sureties and construction consultants mitigate failures and ensure projects get done on time and within a reasonable budget. When you consider that on average 25% of building, highway, and specialty trade contracts fail, that can potentially leave $2-$5 billion dollars of projects in a state of default over the life of TOD project development along the Honolulu rail.

TOD promises a new living model that reduces car dependency and improves physical and mental well-being. Honolulu is poised to develop as many as 21 TODs along the Honolulu rail line. It will be inevitable that some of the construction and building projects in these TODs will, unfortunately, enter a state of default.

Consulting firms such as VERTEX that have had a successful history in the construction consulting industry globally and throughout North America will be positioned to represent sureties with professionalism and efficiency as needed.

To learn more about VERTEX’s Surety Claims Consulting services or to speak with a Construction Expert, call 888.298.5162 or submit an inquiry.