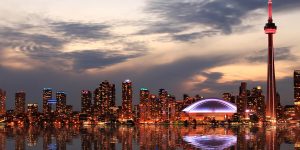 VERTEX has officially established its presence in Canada with the incorporation of a new Canadian company, VTX Consulting Services Inc., and a full-service office in the Toronto area. VERTEX’s Canadian operations will be led by Michael Cugino, P.Geo., P.Geol., QPESA who has recently joined the company.

The new office opening was officially announced in conjunction with the Massachusetts-Canada Innovation Partnership Mission led by Massachusetts Governor Deval Patrick and mentioned in his keynote address at the Canada Wind Energy Association (CanWEA) conference, held recently in Toronto.

“With our entrepreneurial ecosystem, Massachusetts is a premiere destination for wind industry innovation and companies like First Wind, Northern Power Systems, Aeronautica and Vertex Environmental who are all here with me today representing Massachusetts. In fact, VERTEX Environmental will be opening an office just outside of Toronto next week.”
– Massachusetts Governor, Deval Patrick

In discussing the trade mission and the new office in Canada, VERTEX CEO, Jim O’Brien, was quoted, “VERTEX is excited about our expansion into Canada and we look forward to solidifying our North American capabilities with this new venture.”

Michael Cugino is Vice President of the VERTEX Companies’ operations in Canada (VTX Consulting Services, Inc.). Mr. Cugino holds an Honours B.Sc. degree from the Department of Geology at Brock University and, among other certifications, he is a licensed Professional Geoscientist (P.Geo.) in both Saskatchewan and Ontario and a licensed Professional Geologist (P.Geol.) in Alberta.

With over 27 years of professional experience related to business, energy and environmental management and protection in both the private and public sectors, Mr. Cugino has served clients throughout Canada including the provinces of British Columbia, Alberta, Saskatchewan, Manitoba, Ontario, Quebec, New Brunswick and Nova Scotia and in the United States (New York, Pennsylvania and Maine).