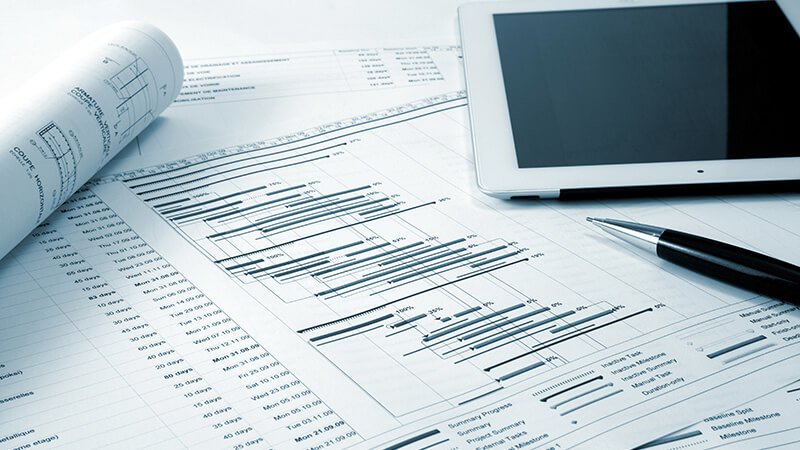 Is it possible to own project time? To answer this important question, we must first look to the starting point of a project – the agreement between the owner and the contractor.

Like many things in life, we tend to over-complicate construction contracts. The bare essentials are the following: An owner undertakes to pay a contractor a sum of money to construct a building within a specific period of time. Project time remains an abstract concept until it is concretized in the form of a construction schedule.

Construction schedules allow for additional or surplus time on some activities. This surplus time is commonly referred to as “float.”

Only when the float or surplus time is exhausted will the activity become critical, delaying the completion date of the project.

This raises the question: Who owns the float? This is a point of debate because it is seldom addressed in construction contracts. There are three possibilities when it comes to the ownership of float:

The Society of Construction Law Delay and Disruption Protocol (2017) provides some guidance on this issue by looking at the wording of the specific clause in the contract establishing the right to an extension of the contract period:

The AACE Forensic Schedule Analysis Practice Note No 29R-03 opines that float is shared between the owner and the contractor if float is not addressed in the contract conditions. The information in the practice guide was applied to two commonly utilized contracts to ascertain the ownership of the float:

AIA A201 General Condition of the Contract for Construction

The AIA A201 (2017) makes no direct reference to the float. Clause 8.3, which deals with delays and extensions of time, states:

“If the contractor is delayed at any time in the commencement or progress of the Work by (1) an act or neglect of the Owner or Architect, of an employee of either, or of a Separate Contractor; (2) by changes ordered in the Work; (3) by labor disputes, fire, unusual delay in deliveries, unavoidable casualties, adverse weather conditions documented in accordance with Section 15.1.6.2, or other causes beyond the Contractor’s control; (4) by delay authorized by the Owner pending mediation and binding dispute resolution; or (5) by other causes that the Contractor asserts, and the architect determines, justify delay, then the Contract Time shall be extended for such reasonable time as the Architect may determine.”

The clause is vague in that it does not refer to the contractual completion date (substantial completion) or the contractor’s planned completion date. Without specific reference to these terms, the Society of Construction Law Delay and Disruption Protocol (2017) guideline is not useful to determine who owns the float. The simple statement in the AACE Forensic Schedule Analysis Practice Note No 29R-03 (that float is shared between the owner and the contractor if float is not addressed in the contract conditions) might be helpful here. If this is applied, the float is owned by the project, meaning it can be utilized on a first-come-first-served basis.

FIDIC Conditions of Contract for Construction

Float or the concept of ownership of float is not explicitly addressed in the FIDIC. Clause 8.4 (extension of time for completion) states:

“The contractor shall be entitled, subject to clause 20.1 [contractor’s claims], to an extension of the time for completion if and to the extent that completion for the purposes of clause 10.1 [taking-over of the works and sections], is or will be delayed….”

This clause makes reference to clause 10.1 (taking-over of the works and sections). Clause 10.1 refers to clause 8.2 (time for completion). Unlike the AIA, A201 reference is made to the contractual completion date. If industry practice note guidance is applied, this reference to the contractual completion date implies that the float belongs to the project and should first be exhausted before an extension of time can be considered.

Float ownership remains challenging despite the guidance provided by industry practice notes. It is advisable to consider the specific circumstances of a project before a final decision on float ownership is reached. In the current age of fast-paced technological advancements, we can expect that changes during the construction period will remain a predominant cause of delay. Project time can no longer be an afterthought in construction contracts. Issues like float, concurrent delays, and delay analysis deserve a more prominent role within the pages of construction contracts.