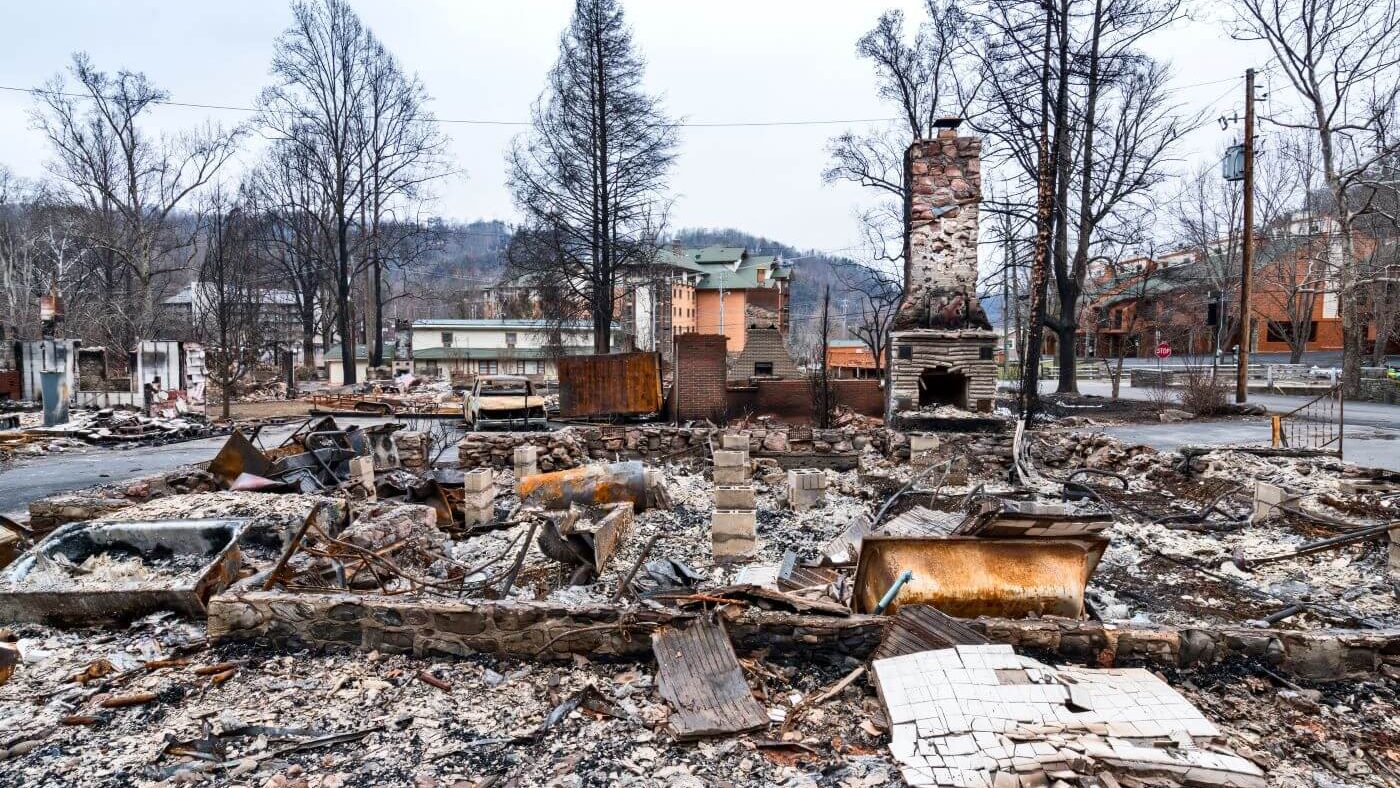 In recent years, wildfires in the western United States have caught the attention of the U.S. population and truly around the globe. The frequency and intensity of wildfires in the drought-stricken west and in the southeastern U.S. have seemingly increased in the past several years. Wildfire risks can be attributed to many factors, including temperature and humidity in the air, soil moisture, and the presence and characteristics of fuel, including trees, shrubs, and grassy vegetation, and undergrowth. It is obvious to see the effects of a damaging wildfire on properties and structures, primarily through the visible destruction of forests and structures in the wildfire zone.

According to the United States Environmental Protection Agency, multiple studies have found that climate change has already led to an increase in wildfire season length, wildfire frequency, and burned areas. The wildfire season has lengthened in many areas due to factors including warmer springs, longer summer dry seasons, and drier soils and vegetation. Earlier spring melting and reduced snowpack can result in decreased water availability during hot summer conditions, which in turn contributes to increased wildfire risk, allowing fires to start more easily and burn hotter. Other factors also play a role in wildfire frequency and intensity, including land use, insect infestation, fuel availability, and forest management practices such as fire suppression. These trends of longer wildfire seasons and larger wildfire size are predicted to continue as more frequent and longer droughts occur.

What about properties and structures that are not burned in a wildfire but are near or downwind of a wildfire smoke plume?

Many times, there are no obvious signs that a commercial or residential structure miles away from a wildfire has been affected by soot and ash, which can be easily carried and dispersed by winds and air currents. The effects of wildfires on properties that were not physically burned, but were still potentially affected by wildfire residue, has been an emerging issue for insurance companies and property owners alike with respect to insurance claims and restoration actions associated with properties that seemingly have not been visibly affected by a wildfire, but nonetheless involve a claim by a property owner.

In this article, we will explore how the presence of wildfire combustion byproducts can assist in determining if a property has been affected by a wildfire, even in the absence of visible or olfactory evidence of damage (Author’s note: While it is acknowledged that human exposure to combustion byproducts can also produce significant adverse health effects, this article will focus on property effects as a result of wildfires).

Combustion byproducts (CBPs) are generally considered to be the residue left behind as a result of wildfires or that travel with local winds from a wildfire. It is important to note that CBPs can also be attributed to incomplete combustion of other common ignition sources found within a home, including second-hand tobacco smoke, wood-burning stoves, candles, incense, kitchen fires, and barbeque grills. For that reason, it is important to distinguish between combustion residue that was generated within a property and residue that has intruded into a property from a distant wildfire.

CBPs are comprised of a number of constituents and are a consequence of the incomplete combustion of a fuel source (e.g. wood, propane, etc.). The most common CBPs that can be assessed, typically by Industrial Hygienists and/or Insurance Investigators, in making determinations of residual damage to a property from a wildfire are soot, char, and ash.

While there are other chemical constituents produced during a wildfire (e.g. volatile organic compounds, polycyclic aromatic hydrocarbons, and carbon monoxide, to name a few), many industrial hygiene laboratories have developed analytical protocols to assist investigators in determining if a property with no visible or olfactory damage has been affected by a wildfire. The sampling and analytical protocols generated by analytical laboratories generally recommend sampling building surfaces for soot, char, and ash. Soot, char, and ash can be defined as:

Generally defined as a submicron-sized black powder produced as an unwanted byproduct of combustion or pyrolysis that consists of varying concentrations of carbonaceous and inorganic solids.

Char is defined in part in ASTM D6602-13 as particulate larger than 1 μm made by incomplete combustion which may contain material that is not black, and may contain some of the original material’s cell structure, and so forth. Carbon is typically the predominant component in char.

Typically defined as a mineral residue generated after combustion of char.  Ash may or may not contain the original material’s cell structure.

Soot, char, and ash concentrations can be used as a screening tool by Industrial Hygienists to determine if CBPs from sources outside of the property, such as a distant wildfire, have intruded into and affected a property. While this might sound like a simple procedure to determine if a property has been affected by wildfires, it is actually more complex.

Sources of Ignition or Incomplete Combustion

Sources of ignition or incomplete combustion are present in nearly every home, whether they be from a fireplace, wood-burning stove, candles, incense, tobacco smoke, barbeque grills, or other household sources that may generate smoke particulate. These combustion sources that we commonly find in homes also generate some level of soot, char, or ash that may settle on internal surfaces and HVAC systems, and those CBPs would also be picked up during a sampling event.

So, one might ask: “Wouldn’t the presence of soot, char, and ash from internal sources present a false positive on surface samples collected since they are generated from sources within the home?” The short answer is NO, as the morphology of these CBPs when viewed under a microscope are different than the morphology of CBPs generated during a wildfire – they look different when viewed under a microscope.

CBP residue from a wildfire will generally consist of incomplete combustion residue of wood, bark, grasses, shrubbery, and soil components, while CBPs from internal sources within a home will generally not contain the same residual microscopic morphologic components. Although wood-burning fireplaces might generate wood-based CBPs, samples collected near a fireplace generally would not contain burned grass, seeds, or bush and shrub CBPs. For this reason, it is extremely important that the Industrial Hygienist should not only be experienced in wildfire residue sampling and data interpretation but the laboratory analyst must also be experienced in analyzing CBP samples collected in homes that may or may not have been affected by a wildfire.

Several analytical laboratories have developed sampling and analytical protocols for CBPs for the reasons described herein. It is important to note that there are no recognized federal standards that establish limits of CBP concentrations on interior surfaces of a property that would lead to an absolute determination that the property was indeed affected by CBPs; therefore, it is up to the Industrial Hygienist or Investigator to interpret the laboratory data and make that determination.

Laboratory analytical procedures generally consist of several levels of analysis that aid in making a determination if a property has been affected by CBPs. These different levels are typically defined as Level 1, 2, 3, and 4 analyses, with each level providing a more robust analytical determination of the results with Level 1 being the least robust and Level 4 being the most extensive.

When performing analysis of samples, particles of particular interest are the products of incomplete combustion of plant matter resulting from a wildfire, such as timber and burned vegetative matter. The analytical methods selected should support the Industrial Hygienist’s study objectives – that is, “This property has/has not been affected by CBPs from a wildfire.”

Sampling of surfaces can be conducted by tape-lift sampling, microvacuum sampling, and wipe sampling with media provided by the laboratory. Sampling is typically conducted using a combination of the different methods to make an educated determination that a property has been affected by CBPs and for this reason, consultation with the laboratory is essential in determining which methods are appropriate for any given property.

Tape lift sampling (e.g. Level 1 or 2) is relatively inexpensive and has good collection efficiency but is also the most prone to interferences and is presumptive analysis only, meaning it is not an absolute confirmation that CBPs are present.

VERTEX has experienced Industrial Hygienists who work in concert with analytical laboratories to determine the most appropriate methods for wildfire assessments to achieve industry-best results and to provide guidance for professional restoration actions.

If you have questions regarding wildfire assessment protocols or to request more information regarding VERTEX services related to combustion byproduct sampling, please call 888.298.5162 or submit an inquiry. 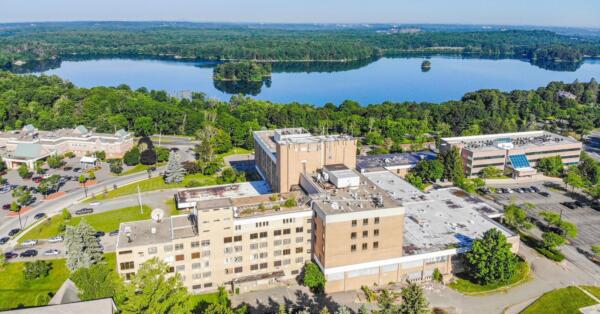 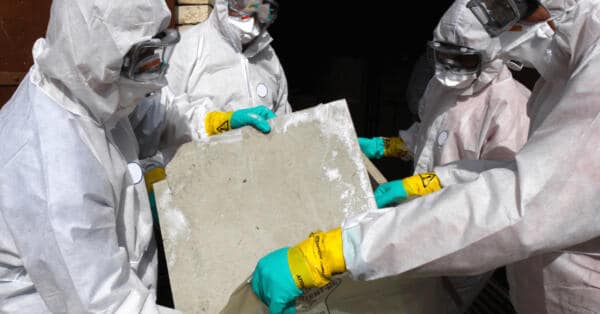 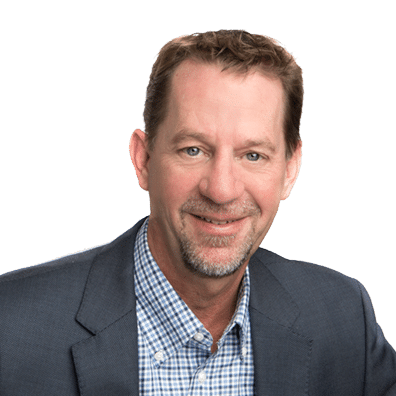