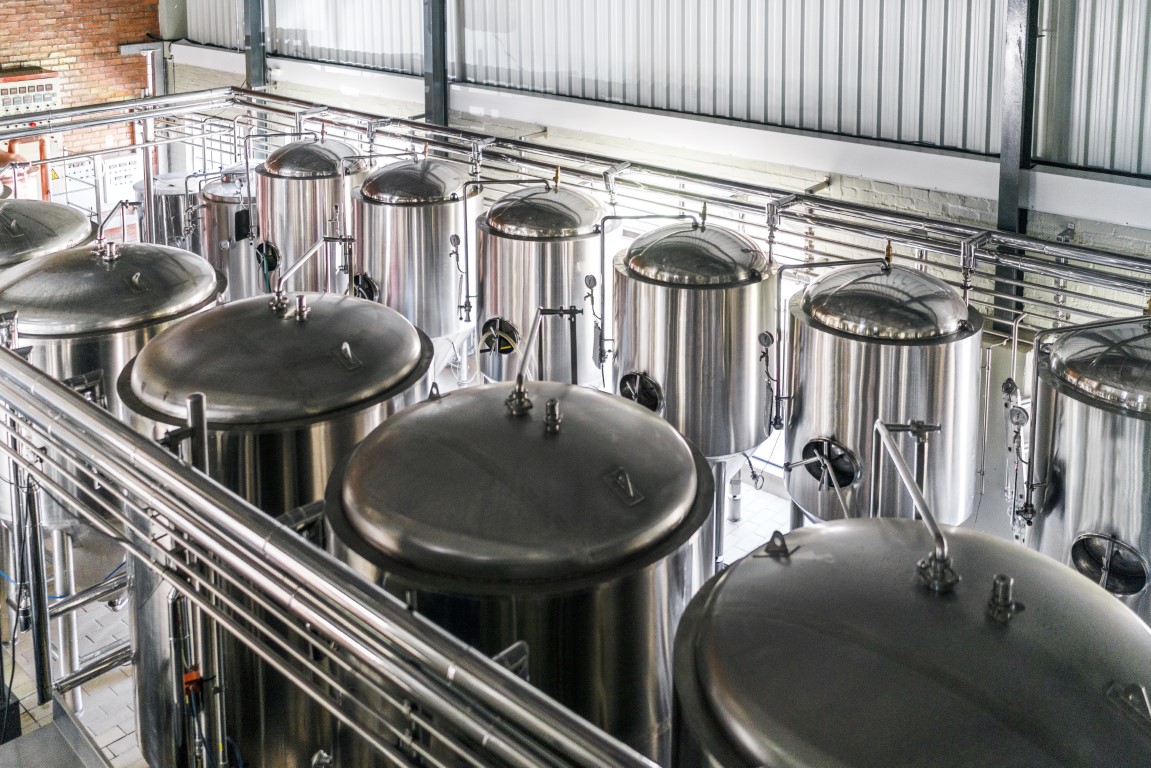 Although not the type of operations that come to mind when you consider environmentally risky facilities, distilleries can cause substantial damage to the surrounding environment in the event of a release. Distilleries handle large volumes of ethanol in various stages of the distillation process. A typical warehouse can store 20,000 barrels of alcohol during the aging process. If that warehouse collapsed, approximately 1 million gallons of alcohol could be released into the surrounding area.

One of the greatest hazards of ethanol is its flammability. In order to minimize the risk of fire, today warehouses have a passive safety feature causing the warehouse to collapse during a fire so that it doesn’t damage other warehouses. Depending on the age and quality of construction of the warehouse, they can be susceptible to collapse.

Why is Ethanol an Environmental Concern? 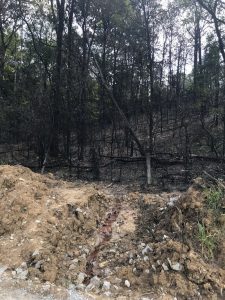 Evidence of stressed vegetation in the area of a bourbon release.

In general, ethanol in the environment degrades rapidly. Ethanol will completely dissolve in water, and once in solution, volatilization and adsorption are not likely to be significant transport pathways in soil/groundwater or surface water. The most significant impacts related to ethanol spills have been to surface water. Biodegradation of ethanol in surface water can result in complete depletion of dissolved oxygen. Surface water impacts have resulted in fish kills several days after the spill as a result of oxygen depletion. A spill of ethanol or ethanol blend also affects soil and vegetation in the immediate area of the spill as seen in this image.

In July of 2018, the Barton 1792 Distillery in Bardstown, Kentucky collapsed. Not all of the barrels leaked, but some spilled bourbon and brandy into nearby waterways. According to officials, about 3,800 fish were killed in a nearby creek. The on-site team reacted quickly to catch alcohol leaking from the barrels before it ran down the hill into streams, but alcohol flowed for more than three hours before it was controlled.

Preventing the migration of ethanol to surface water is the immediate priority. Ethanol spills reaching ditches or small creeks can be addressed by damming, thus allowing time for biodegradation and preventing releases to larger water bodies.

In spills where the product covers large areas of soil and is slow to evaporate, it may be necessary to physically remove the pooled liquids and impacted soils. For very large impact areas where controlled burning is not possible and off-site disposal is not feasible, the only option may be to physically mix and manipulate the soils, thus enhancing the natural volatilization of the ethanol.

Distilleries typically maintain their own wastewater treatment plant (WWTP) which can be employed to assist in remediation. VERTEX has provided oversight for release incidents that utilized containment ponds. Alcohol runoff was directed to the containment ponds which was then transported to the WWTP.

VERTEX has a team of environmental professionals that have the appropriate training to investigate alcohol releases from distillery operations, determine the necessary response activities, the extent of the impacts, identify any potentially responsible parties, and determine the appropriate remedial efforts and regulatory reporting necessary to correct the environmental condition.

To learn more about VERTEX’s Environmental Claims Consulting services or to speak with an Environmental Expert, call 888.298.5162 or submit an inquiry. 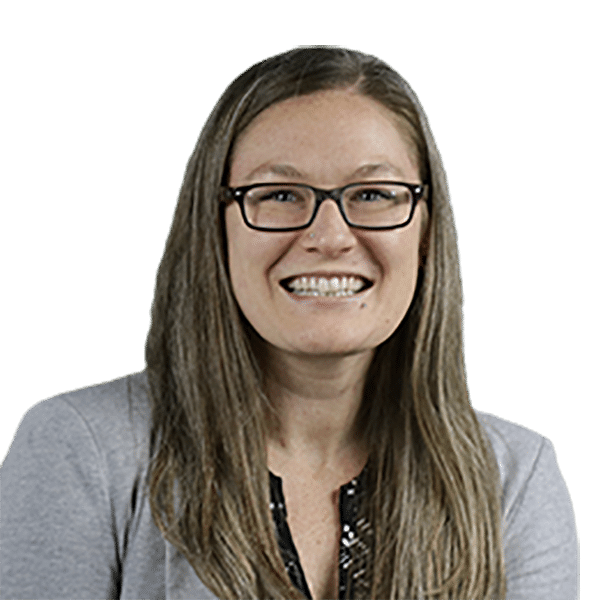 Courtney Ciapciak is a Senior Project Manager at VERTEX. She currently investigates and performs technical oversight of pollution loss insurance claims throughout the United States to ensure remediation activities are cost-effective and appropriate.