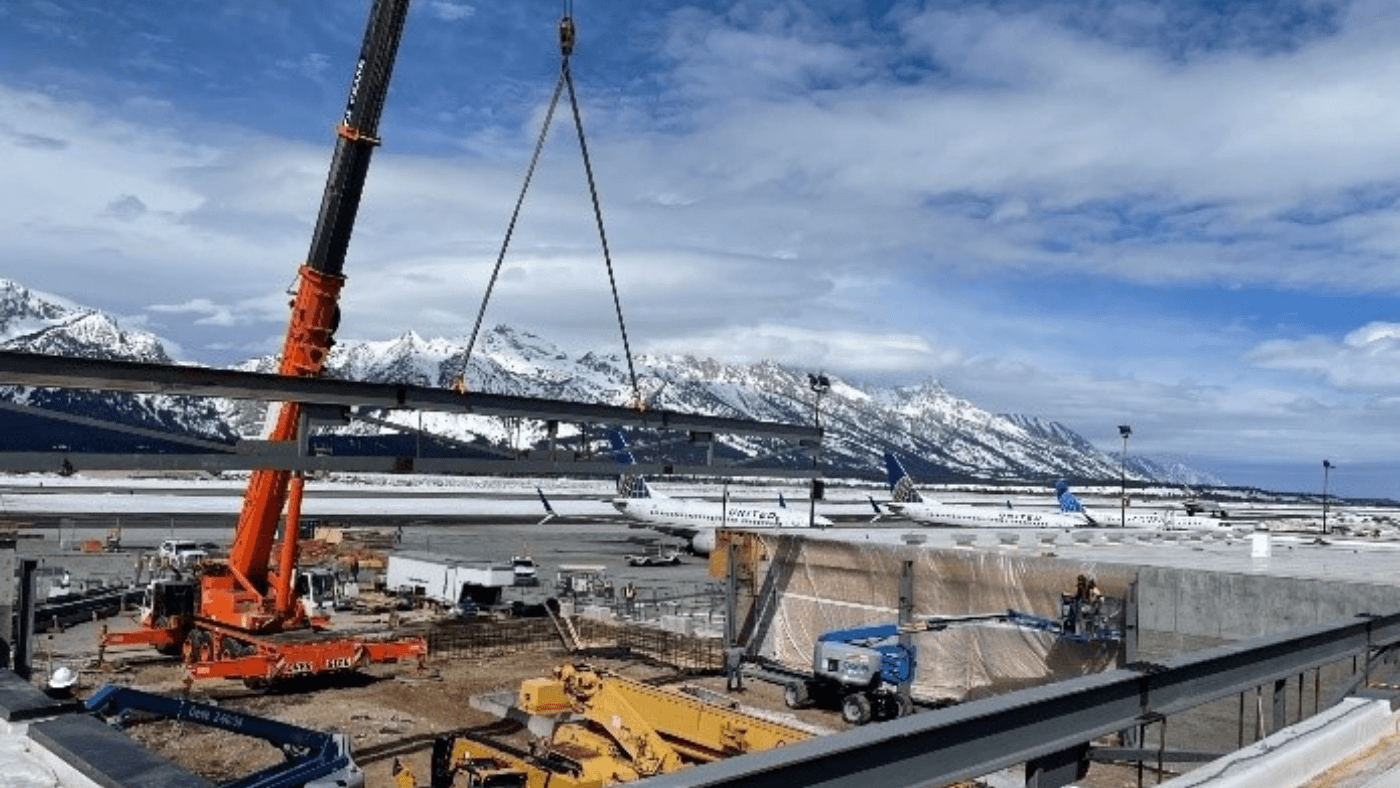 VERTEX was selected as the Structural Engineering design consultant for the new TSA area of the Jackson Hole Airport in Jackson, Montana with Jvation Inc. The 10,000 sqft area of the existing terminal is to be demolished and replaced with new structure. The lateral system will reuse existing CMU, existing concrete shear walls, and a new concrete shear wall. The roof framing consists of exposed glulam beams and steel trusses spanning 100′ over the space. The area to the west will be cladded with glass curtain walls to accentuate the view of the mountains to the west.

VERTEX had the opportunity to work with the architecture firm Jviation Inc. on the demolition and construction of the new TSA and “hold room” areas of the Jackson Hole Airport. The existing building was built in the late seventies and the airport would like to introduce a more open concept to highlight the views to the west of the Teton Mountains.

The new TSA/Hold room will be 100’ x 125’. The airport wanted to clear span the 100’ dimension. The most viable structure to do this in our minds was a steel truss. We needed to limit the amount of web members in the trusses to increase the viewing area. The roof support between the trusses was made to match the other existing construction within the airport. The airport utilized glulam beams (GLB) with a steel tension rod to increase the spans the GLB could span without having large deflections.